The motoring history of Brisbane North’s Samford district centres on the incredible nearby mountains – Clear Mountain, Mount Samson and Mount Nebo – which became accessible by motor car from the quaint town after road construction took-off in the 1920s. The new roads attracted early motor car drivers through the village of Samford to access the incredible rewarding views from the top of Clear Mountain, Mount Samson and Mount Nebo.

Shortly after World War I ended in 1918, the region consisted of a series of dirt roads and tracks accessible only by horseback, but by 1923, bitumen had been laid from Samford to the heights of Mt Glorious, allowing motorists a pleasant, flat journey, The only problem being just 1 car could get across at any one time due to the narrowness of the road.

Motorists needed to climb the mountain in the mid-morning, between 10am and 1pm, before returning down to Samford after 2pm. This weekly escape was used by hundreds of drivers who wound their way up the track in the early twentieth century, attracted not only by the gorgeous views but the joy of driving itself.

Today Samford has become the essential weekend retreat for cyclists pushing onwards to the rewarding lookouts at the top of Clear Mountain, Mount Samson and Mount Nebo.

Anzac Avenue – the History of Brisbane North’s Avenue of Honour

Anzac Avenue also became a significant touring route throughout the 1920s as visitors used their motor cars to reach the seaside resorts on the Redcliffe peninsula.

Set out as a grand memorial project, the opening of the Avenue saw hundreds of cars pass beneath 2 large decorative arches marking the beginning and end of the new road. On arrival to Redcliffe, the Esplanade was a devoted parking lot, allowing the participants an afternoon of relaxation along the foreshore.

Bribie Island remained isolated from the mainland through much of the twentieth century. The Bribie Island Bridge was not opened until 1963. Before this, the only way to access the island was by ferry or private vessel – cars still made their way onto the island.

In the 1920s barges unloaded tons of gravel which was used to construct the first roads through the island. The main road stretched from the pier at Bongaree out to the ocean fronts of Woorim. Aussie history tells us some of the first vehicles ferried onto the island were large buses that could take the tourists from one side of the island to the other. 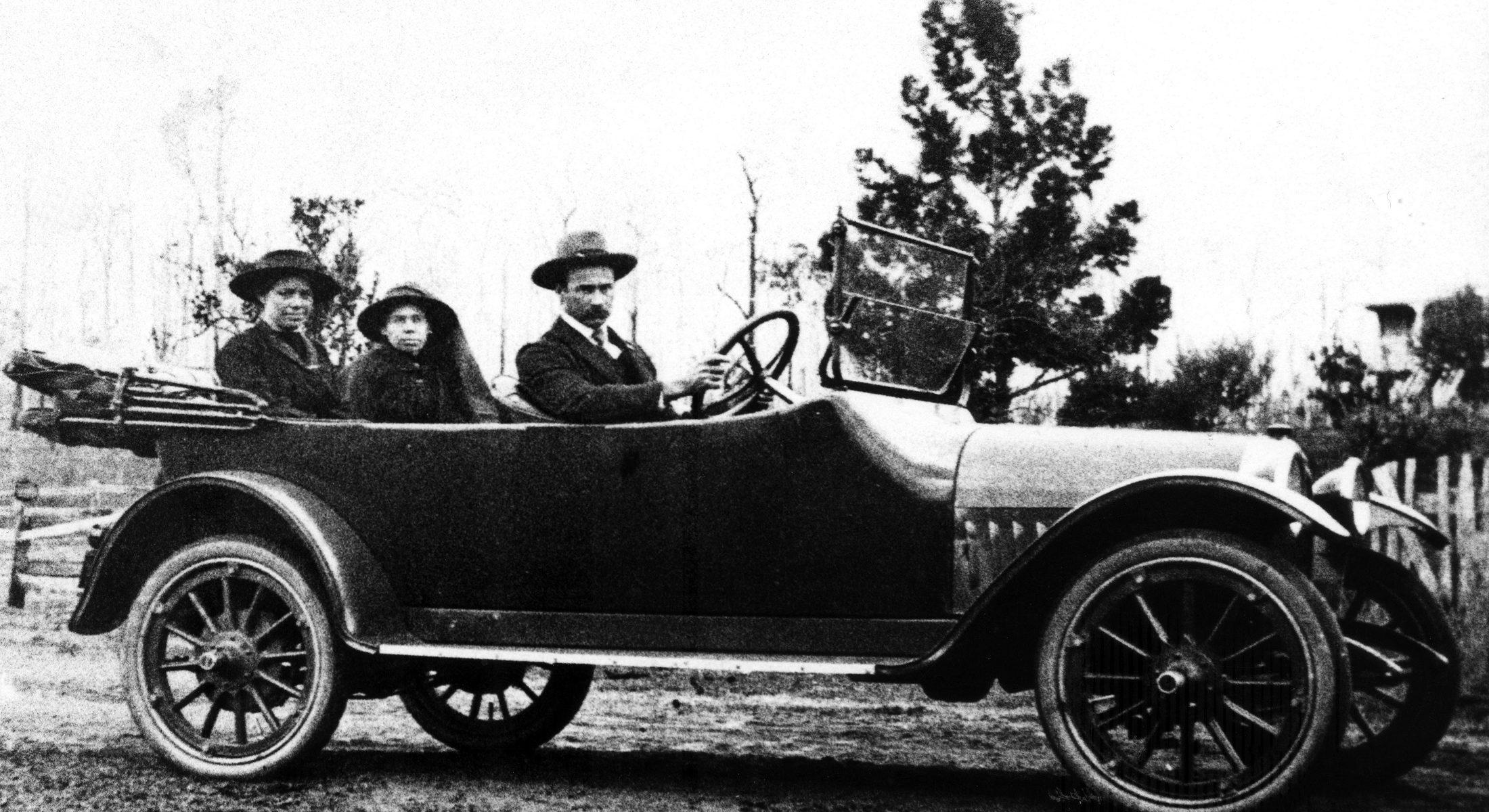 The driving history of Brisbane North includes motoring ‘reliability trials’ carried out by the keenest 1920s motorists testing their machines and concentration against the dirt and semi-sealed roads which arched around the peripheries of Brisbane.

In 1929, an 8 hour trial left Brisbane at 2pm, driving to the heart of Caboolture, then turning west to pass through Woodford, Kilcoy and Esk before returning south back into Brisbane city. When these early motoring enthusiasts turned off Anzac Avenue the roads became exceptionally rough, with the stretch between Caboolture and Esk throwing up the largest challenges for drivers.

Motorcycle riders who had joined the trial experienced the greatest difficulties, with some averaging less than 35 kilometres an hour. One rider lost his headlight while climbing the D’Aguilar Range from Caboolture and turned down a road to nowhere. He struggled to make up some of the time on his way back into Brisbane.

#ThrowbackThursday to before the Bribie Island Bridge was built and anyone wishing to visit the island had to use the barge! 🚢 Anyone remember these days or the construction of the Bribie Island Bridge? 🏗 Image courtesy of North Pine Historical Society and Moreton Bay Regional Council, Image ID MBPS0001-0001 . . . #VisitMoretonBayRegion #thisisqueensland #brisbane #thisisbrisbane #brisbaneanyday #aussienewstoday #SeeAustralia #brisbaneanyday #australia @queensland @visitbrisbane #bribieisland #bribieislandbarge #bribieislandbridge #pumicestonepassage #history

A post shared by #VisitMoretonBayRegion (@visitmoretonbayregion) on Sep 19, 2018 at 1:00pm PDT

Visit Moreton Bay Region to Discover more Places of Days Gone By. Share with us #visitmoretonbayregion