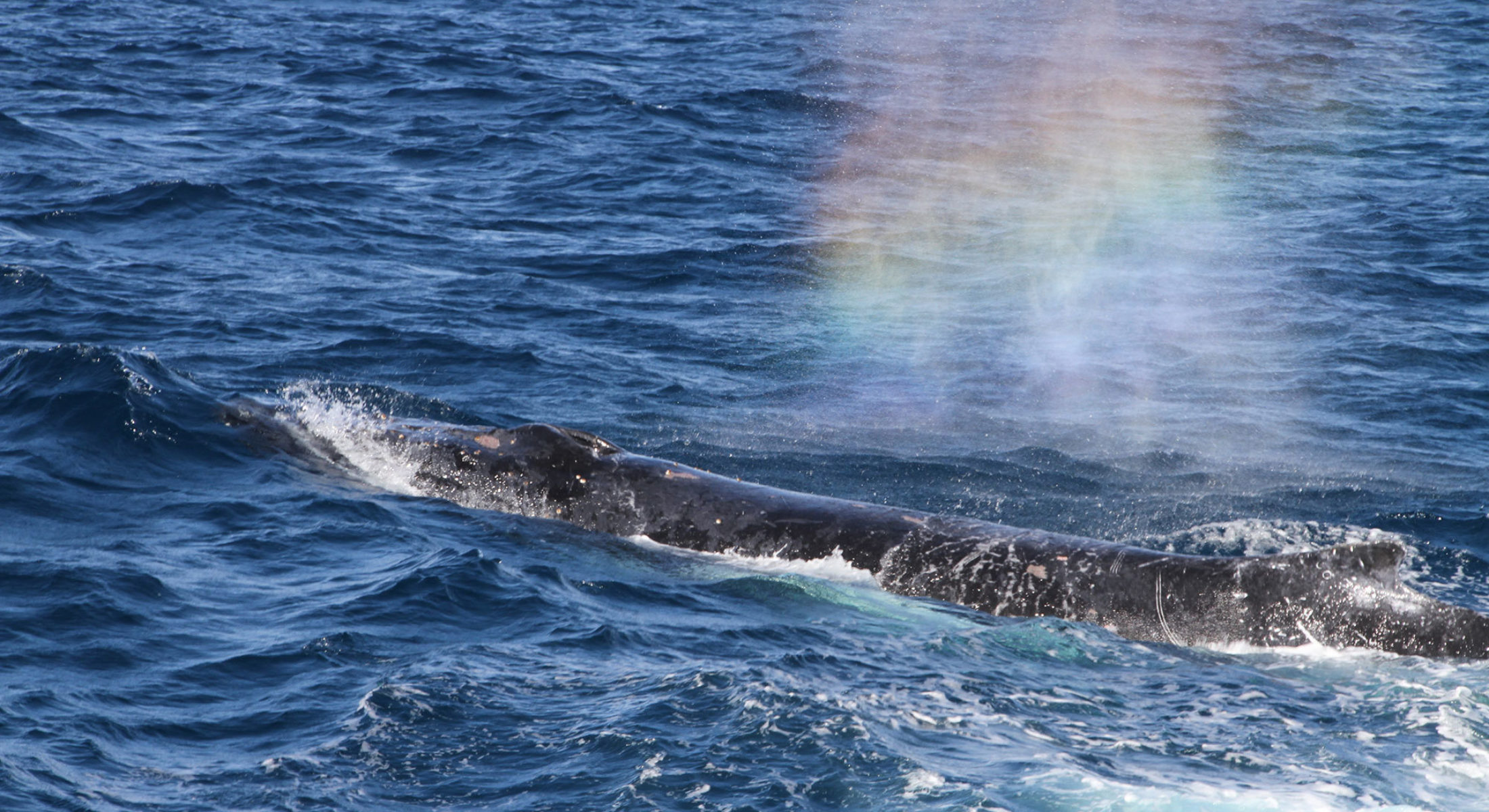 Did you know that humpback whales can make their own rainbows? Unlike Olaf, who had Elsa to create his own little snow cloud, the whales don’t have or even need someone magical to make their rainbows appear. It’s actually quite surprising to know just how naturally the rainbow is formed.

Where do whale rainbows appear?

Whales can create rainbows anywhere, whether they are swimming in deep sea or resting in the calm waters of Moreton Bay Marine Park. The rainbow usually appears from, or above, the blowhole, so you need to watch them very carefully when out on the water or you might miss it! 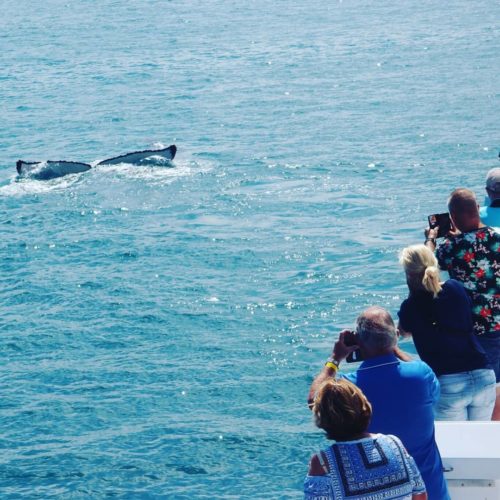 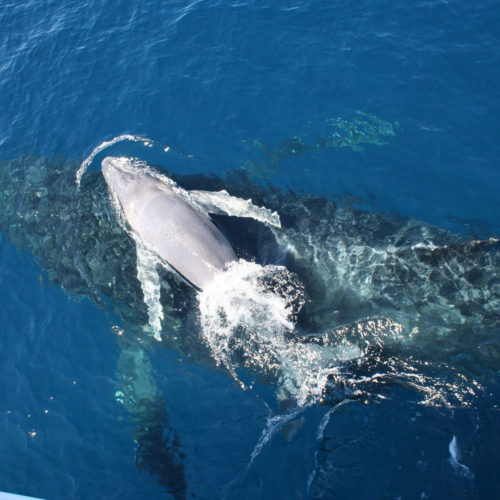 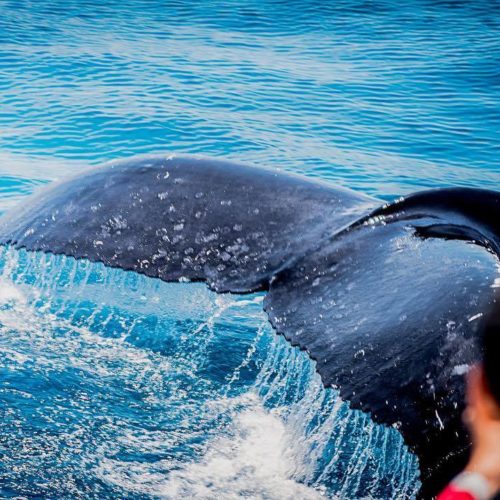 So, what actually fuels the fleeting rainbow that has us all so wonderstruck?

While some may believe it is water that they’re spurting out of the blowhole, it’s actually something else entirely. Blowholes, at the top of the whales head, are basically giant nostrils that exhale old air to suck in fresh air at the water's surface. When whales are exhaling or 'spurting' from their blowholes, they’re clearing their airwaves through their gigantic nostrils. What comes out is a mix of water vapour and plenty of whale snot.

That's right, a humpback whale's rainbow is actually created from a a big old whale sneeze.

Whale snot to be precise.

Wouldn’t it be nice if all our boogers looked just as pretty as whale boogers do? It really gives a whole new meaning to being able to find beauty in anything. Whales breathe air just how we do, however, one of the major differences is that they can hold their breath for a much longer span of time than humans can in order for them to remain underwater for long periods of time. This, combined with their blowhole, is part of what causes the rainbow. 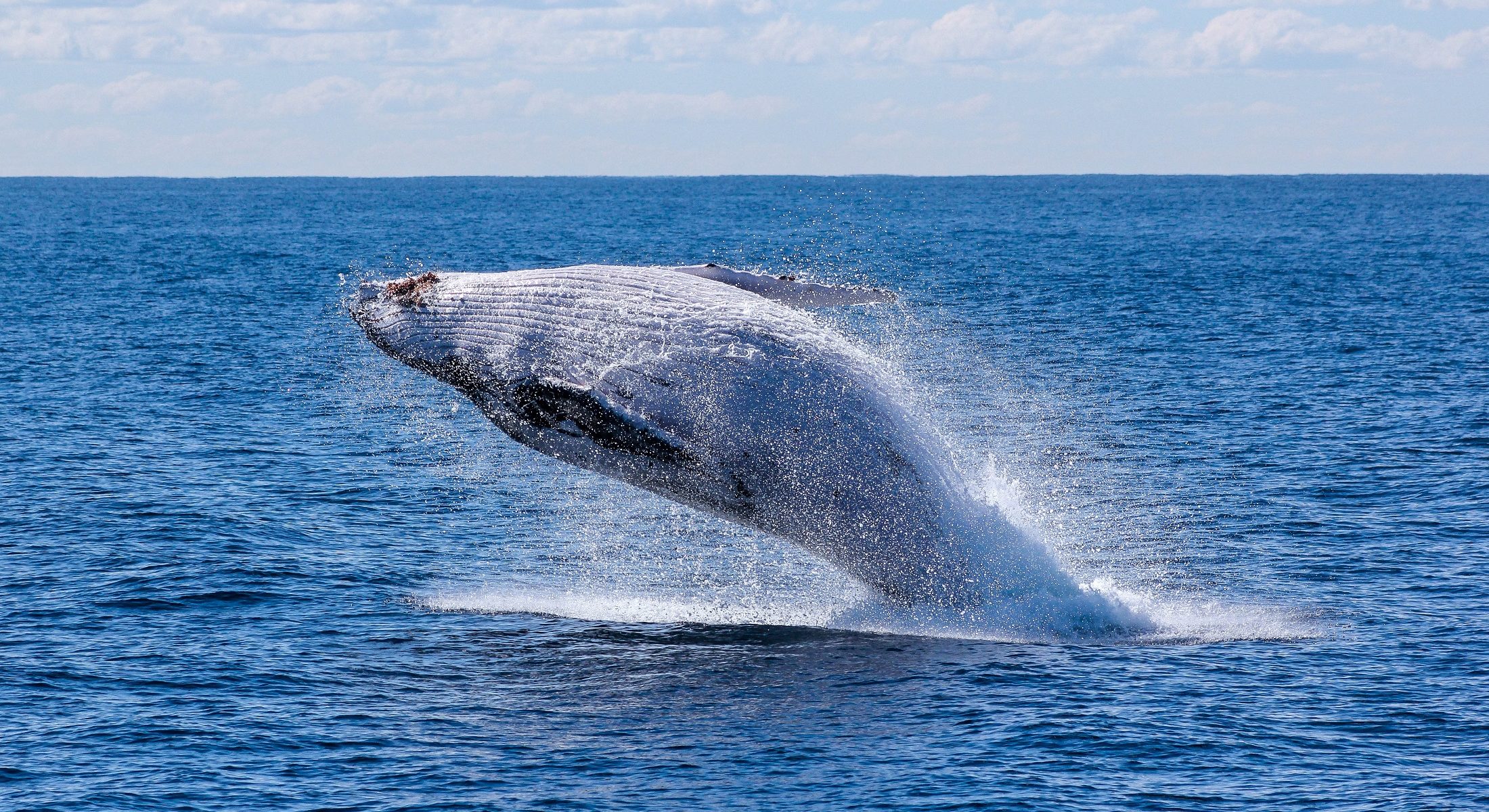 How is the whale rainbow created?

To get a little bit technical, the humpback whale rainbow is formed by a combination of water temperature, warm air, 'whale snot', and sunlight or white light. Here's the science behind what happens:

White light is made up of the colours of the spectrum, which includes the seven colours of the rainbow; red, orange, yellow, green, blue, indigo and violet. When sunlight or white light passes from one medium to another medium of different density the light bends, creating a rainbow. In nature, a rainbow is formed when sunlight is refracted on entering a droplet of water (or whale snot), reflected inside the back of the droplet and finally refracted again on leaving the droplet. 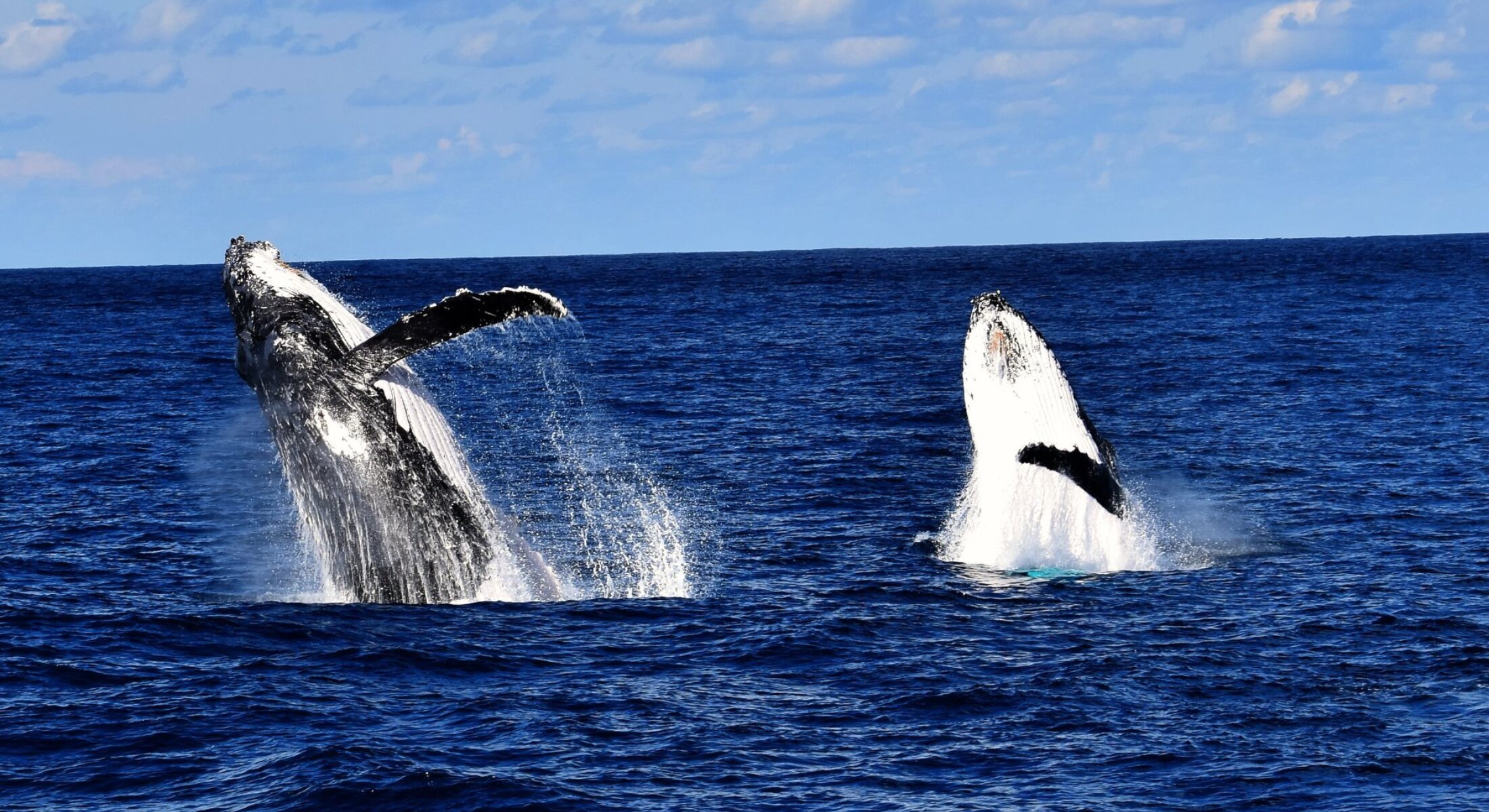 Not so much whaley magic, as science!

No matter how scientific, it’s still a rainbow and it’s still magical to see. If you go on a whale watching tour, you might even get the chance to see some beautiful whale sneezes up close, just like Mitchell did in the image gallery above!

Here's some other Humpback Whale Facts and Information:

For an unforgettable Moreton Bay whale watching experience or a privately chartered cruise on the...Read More

When the winter chill starts to merge on the southern hemisphere, over 25,000 humpback whales...Read More

Humpback whales are stunning and fascinating sea creatures and there’s so many incredible facts that...Read More

Looking for more things to do and see? Pop into one of the region's Accredited Visitor Information Centres. The volunteers have a wealth of local knowledge. 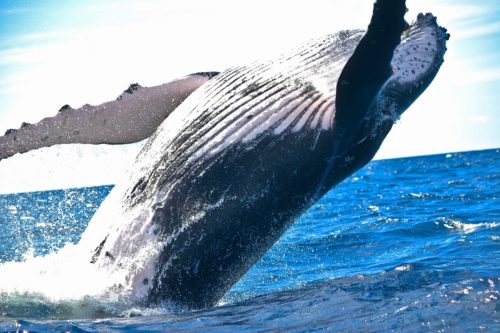 Want to hear more about our natural attractions and unique offers? Subscribe and we can show what you can discover near Brisbane!