Sweeney Reserve is a delightful park rich in cultural heritage tucked away behind Gympie and Dayboro Roads. Unless you’re a local you may not even know it was there.It’s an expansive reserve containing large shady trees and walking tracks that hug the North Pine River. This, along with the sizeable off leash dog-park, makes it a popular spot for dogs and their humans. But there’s something for all the family with electric BBQs and picnic tables, playgrounds, gym equipment, a basketball court, skate park, recreational lakes and plenty of river access for canoeing and fishing. The Petrie parkrun takes place here every Saturday from 7am with a 5km return course. The reserve also contains a koala habitat area maintained by Bushcare. 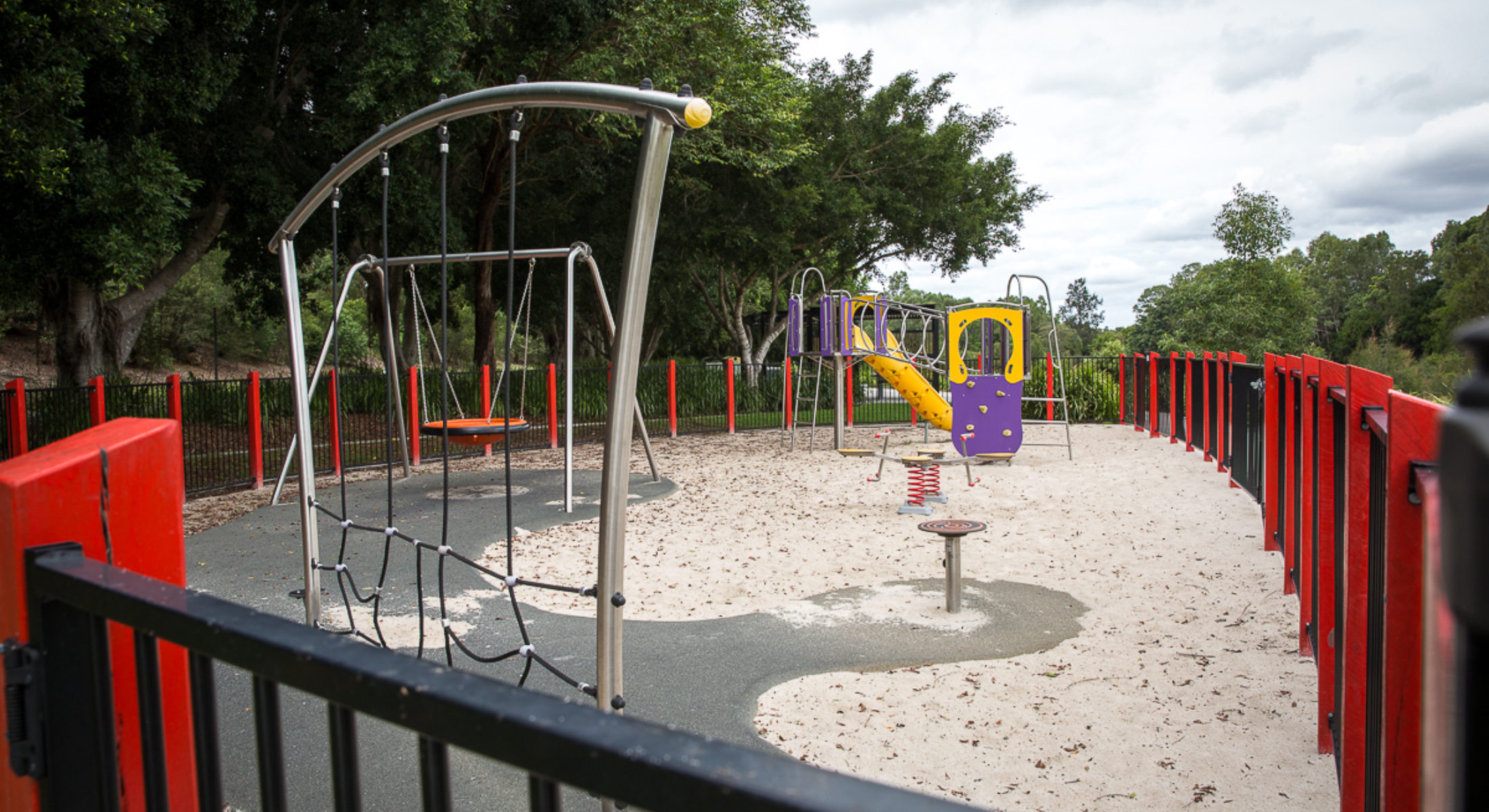 The parkland was first protected from habitation around 1862 when it was preserved for Government purposes and today its calm, sleepy atmosphere gives little indication of all that has taken place here to qualify it as a protected space in the Queensland Heritage Register. 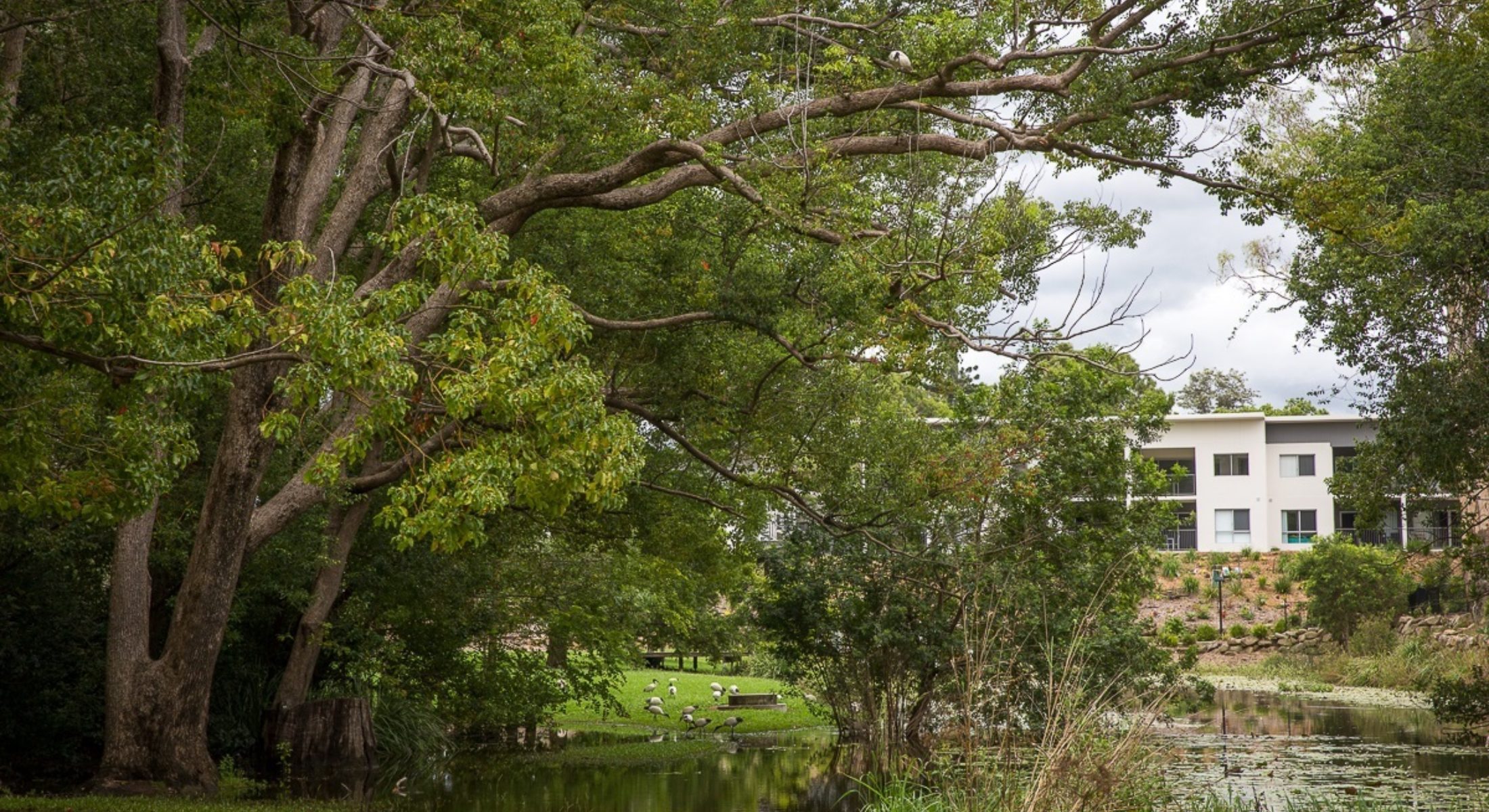 The North Pine River which weaves through the park was ‘discovered’ by Lieutenant John Oxley in 1823 while assessing the area as a potential site for a convict settlement. He rowed up the river guided by the well-known convict castaways Thomas Pamphlett and John Finnegan who he’d rescued from Bribie Island the day before. Oxley reported that the area surrounding the river was occupied by a large number of Aboriginal people. 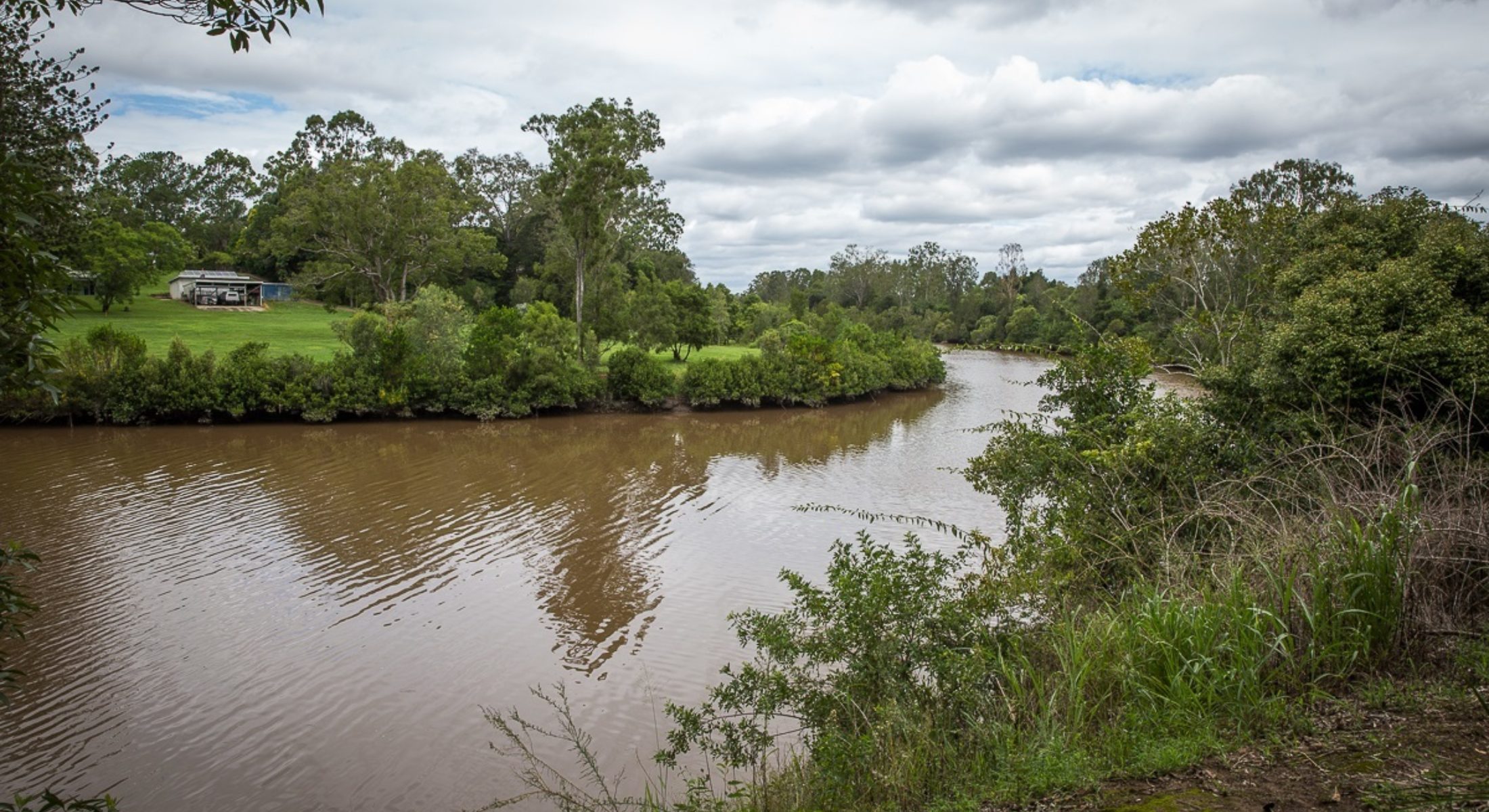 These Aboriginal people were from the North Pine Clan of the Turrbal people who used the area as a fishing hole. Around the 1840s an elder and rainmaker of the Turrbal clan, Dalaipi, was the custodian of several significant Indigenous sites including the Petrie Bora Ring, which was roughly located near Petrie’s roundabout, the ‘Mandin’ fishing hole witnessed by Oxley, and a rain-making site where the end of the rainbow is said to go down into the North Pine River indicating the presence of a precious stone. It was Dalaipi who, knowing Thomas Petrie as a friend to Aboriginal people, suggested the renowned pioneer choose land in the North Pine area to establish a cattle run, knowing that Petrie would ensure the protection of the sacred Indigenous sites. Petrie established a ford which became an important route for prospectors after the discovery of gold in Gympie and later as a route for Cobb and Co who used Thomas Petrie’s Murrumba Homestead as a coach stop. It was shortly after that the land now known as Sweeney Reserve was obtained by the government for the purposes of being a road and water reserve. 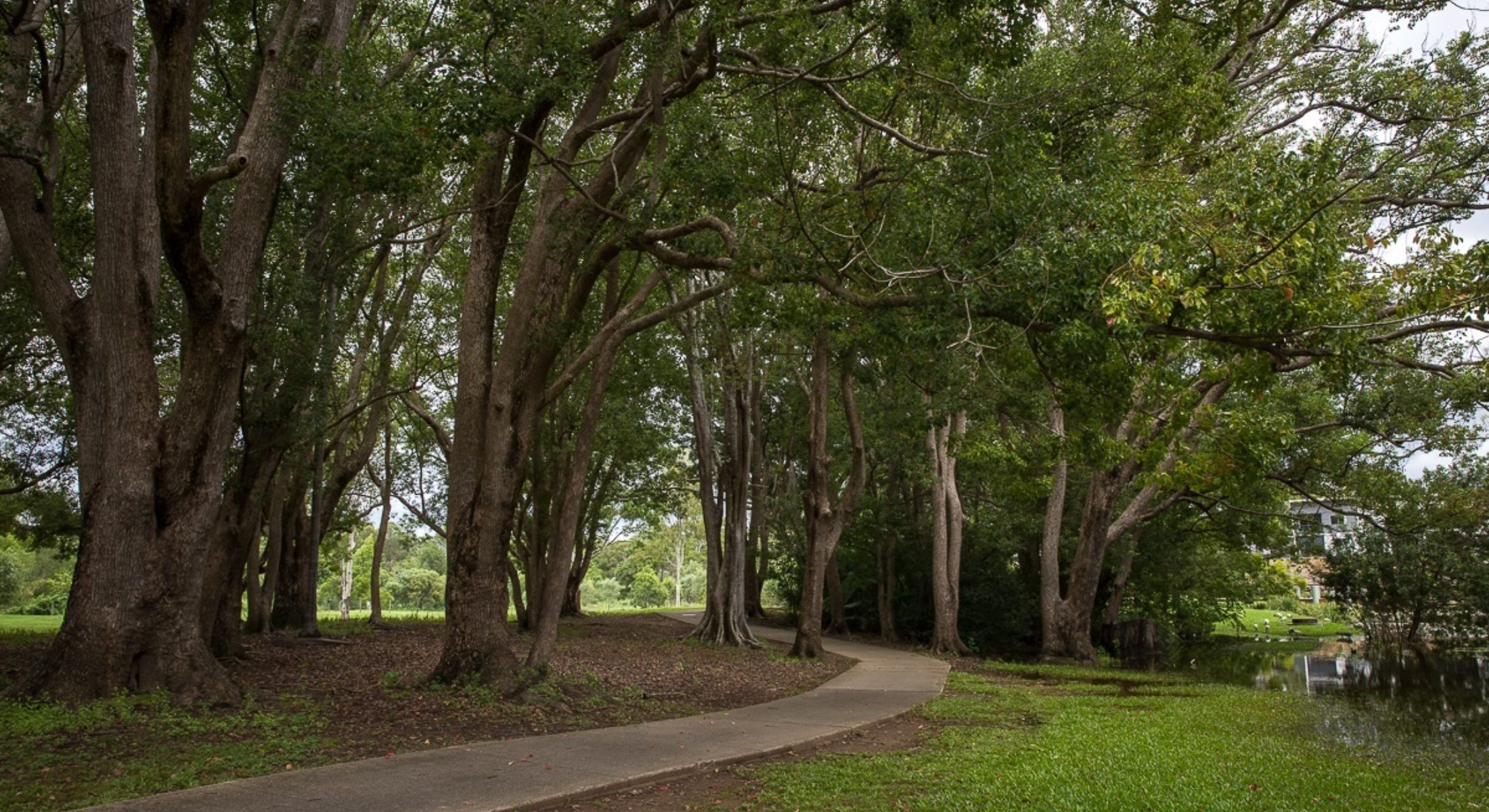 The North Pine River played a crucial role in the area’s timber history as a means to transport logs to market as well as providing valuable softwoods. 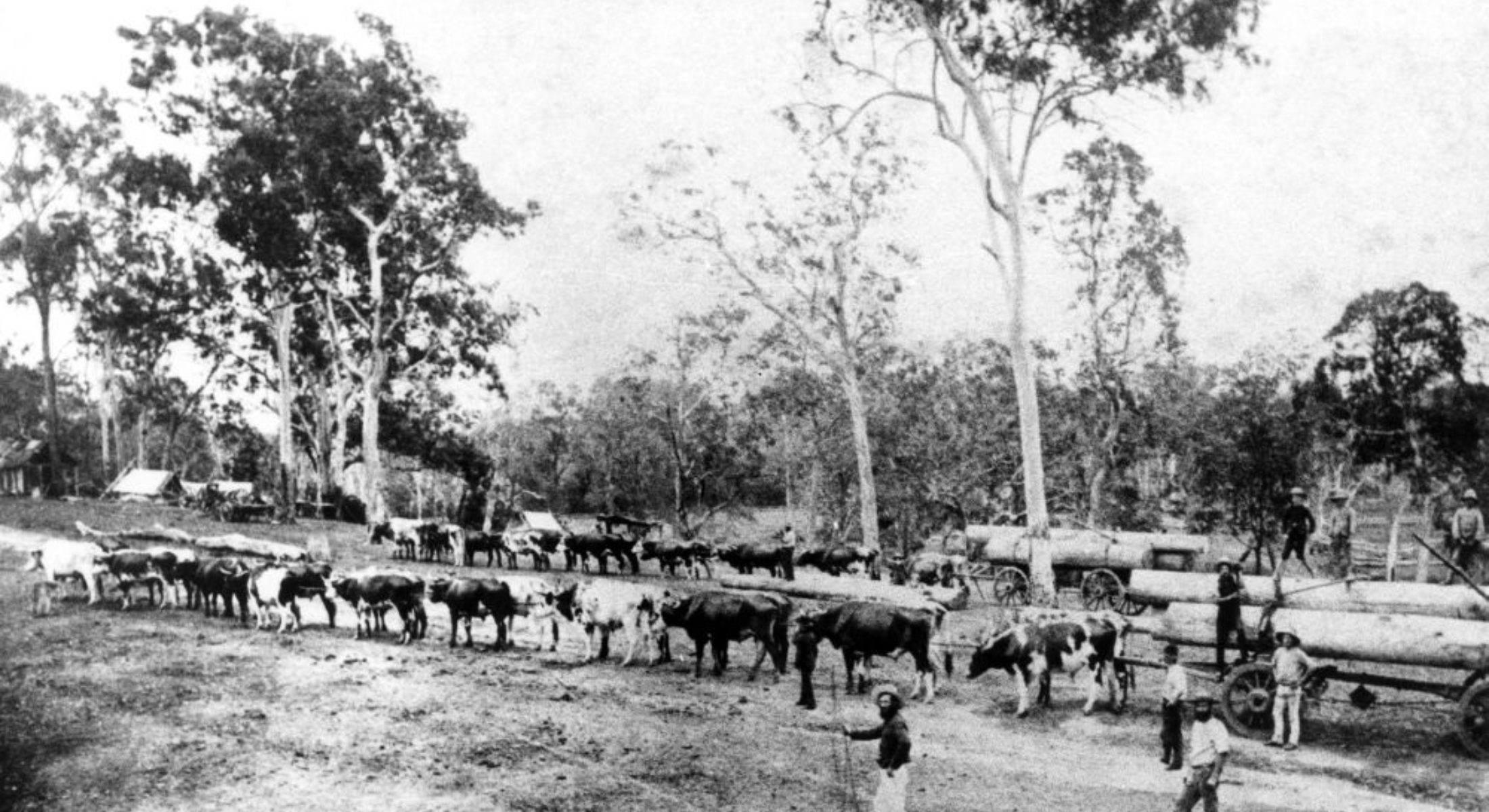 In 1875 Edgar Foreman built a small school on the site of Sweeney Reserve because the main school was across the river making it difficult to reach at high tide. The teacher travelled between the school buildings by horse or boat.

In 1877 a bridge was constructed over the river (next to the ford) forming part of the main road from Brisbane to Gympie. The support posts for this bridge are still visible in the North Pine River at low tide. This allowed the two schools to amalgamate and the second school building was then used as a meeting place and later a courthouse. 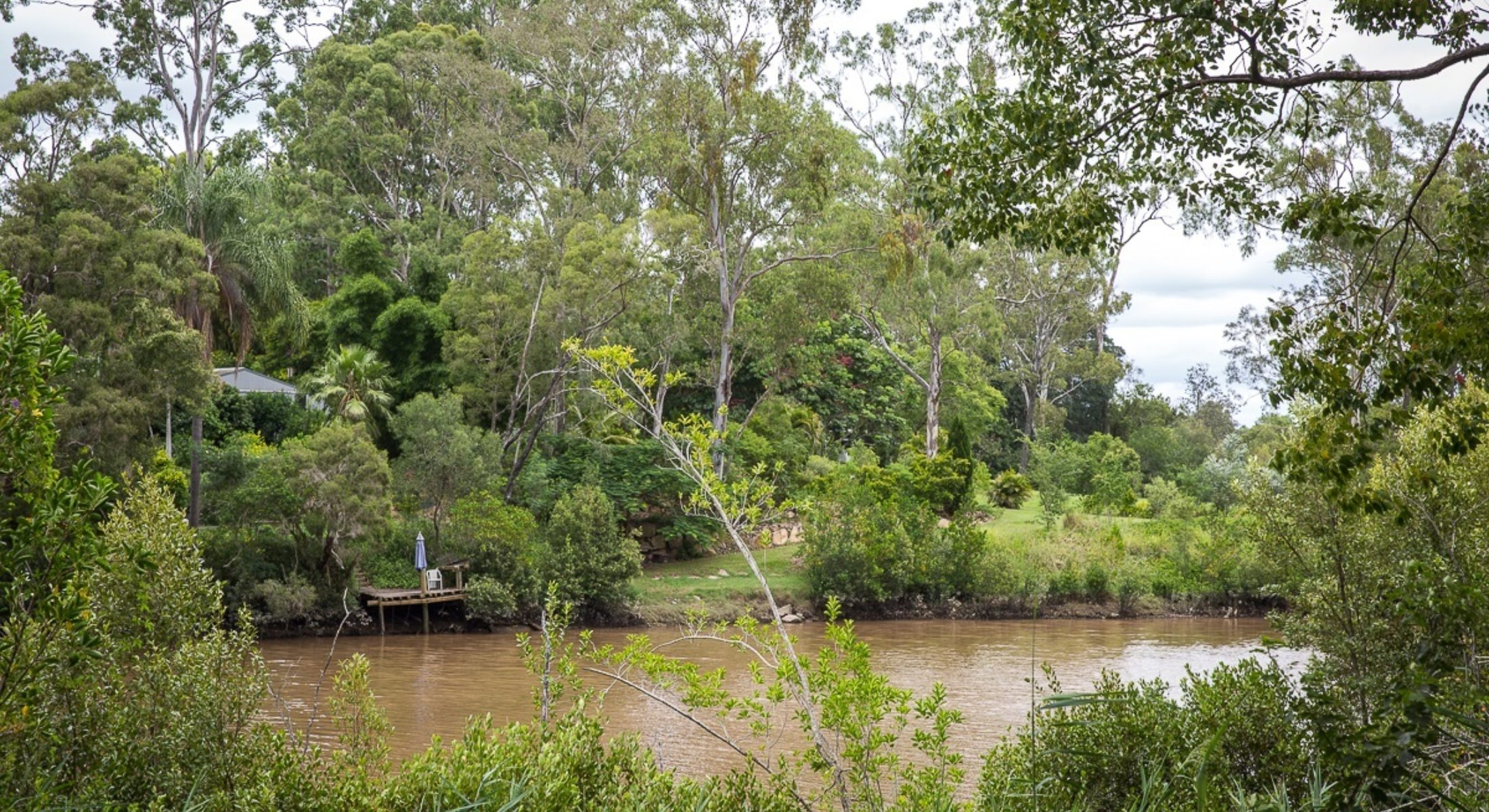 When the railway opened in 1888 Sweeney Reserve, being an easy walk from the station, became a popular picnic spot, known for good fishing, rowing and swimming. It was also used as a rest spot for travelling stock. By the 1920s it was so regularly frequented that over 1000 people were counted attending the area each Sunday during the Christmas holidays. It was used for annual company picnics, school break-ups and swimming lessons and races. Occasionally a band played on Sundays. By 1924 the Government gazetted the land as a recreational reserve controlled by the Pine Shire Council. 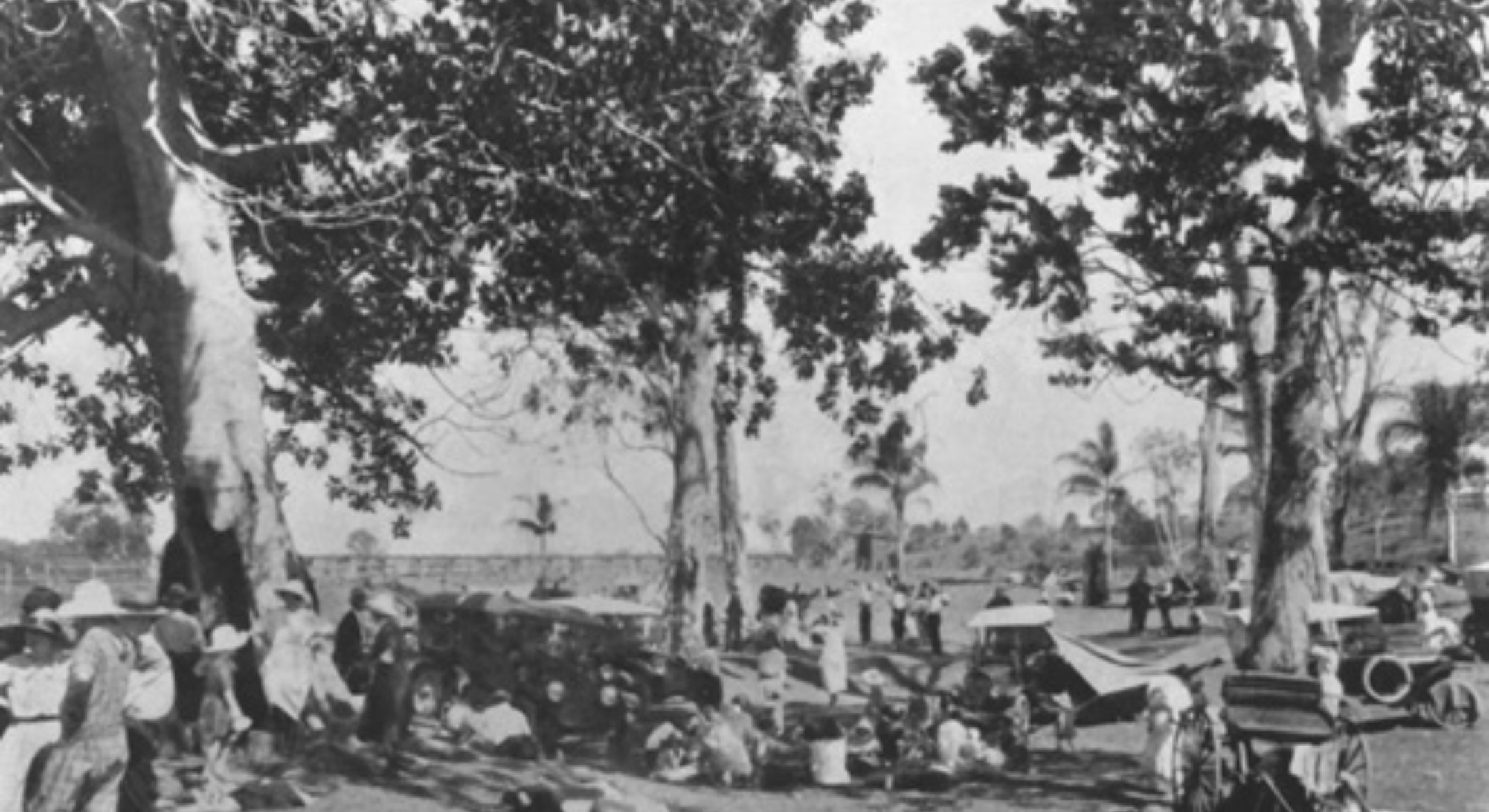 In 1926 Patrick Sweeney, after whom the area became known, took over operations of the local kiosk, selling refreshments and hiring out boats. The Sweeney family added bathing sheds, toilets, a slippery slide and tyre and rope swings. They lived on the site in a house made from wooden car crates and were known to keep kangaroos and emus as pets.

In 1927 Sweeney’s house was flooded and the kiosk swept away so both were moved to higher ground. Due to the ongoing cost of repairing the amenities destroyed by flood, Pine Rivers Council relinquished control and Sweeney was appointed caretaker of the reserve. The area was declared a sanctuary for the protection of birds and animals in 1929. 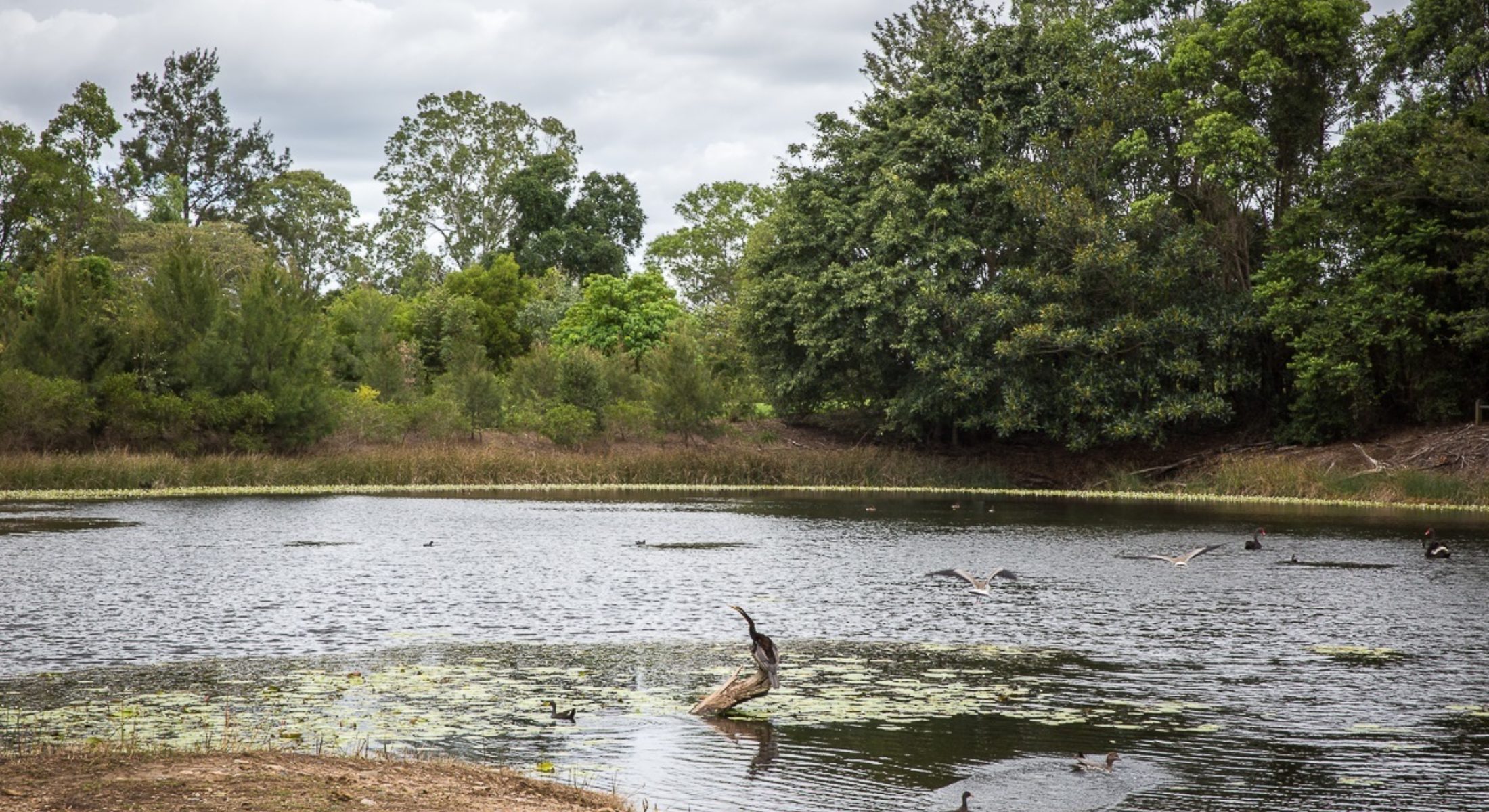 With an increase of vehicle usage and improved roads, the destination declined in popularity by the 1950s with people preferring to visit the coast. The kiosk closed in 1960 when Sweeney was in his seventies but the Sweeney family continued to live in their house by the river until 1994 when the last family resident passed away and the house was demolished.

If you’d like to know more about the area’s history it’s included as part of the North Pine River Heritage Trail available here. 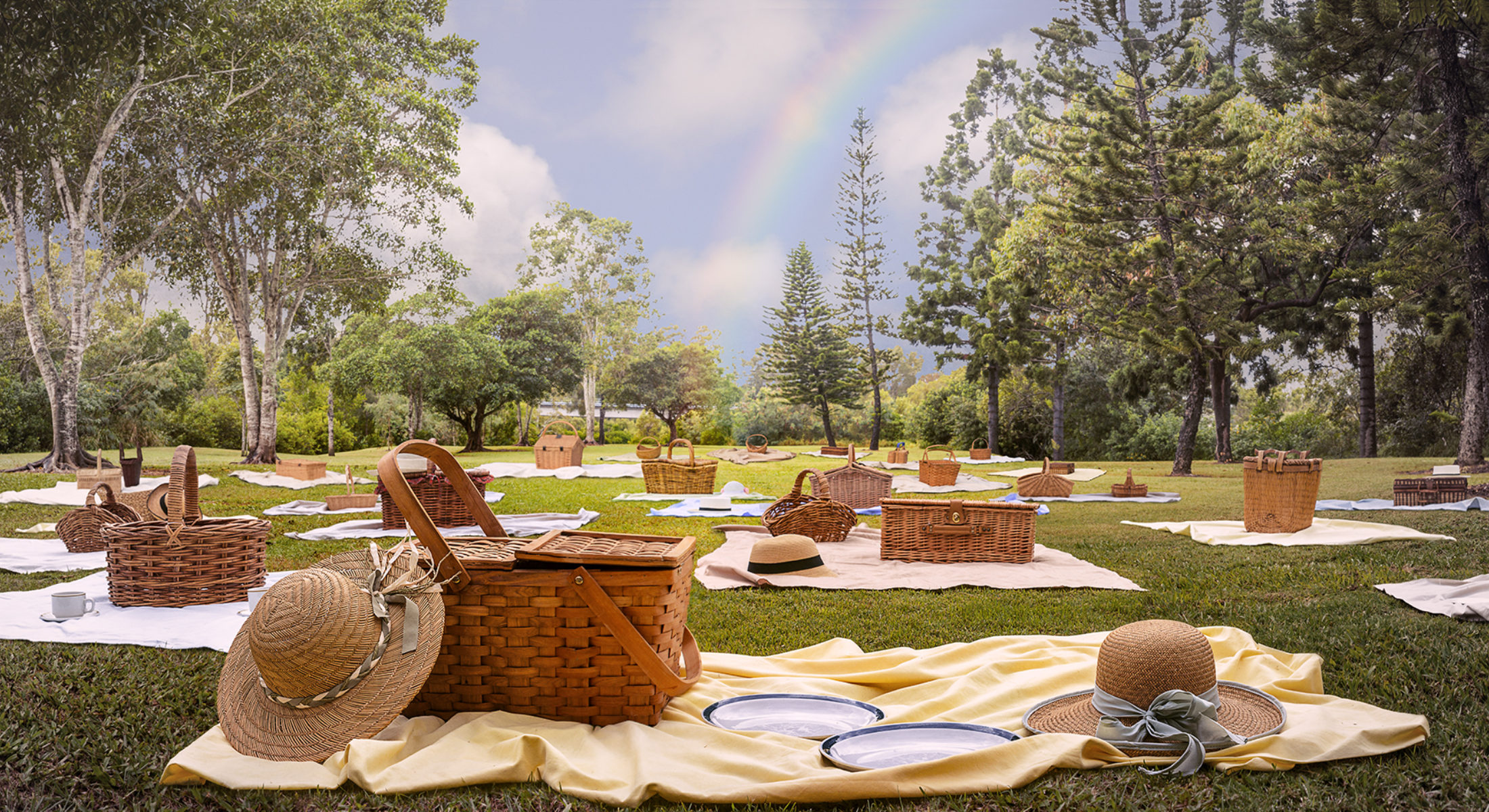 I love the idea that Sweeney Reserve was once an incredibly popular picnic spot and is now a sleepy parkland. Tourism is a fickle beast which often sees us overlooking our own backyards for exotic destinations further afield. In this image I chose to use picnic baskets as a reminder of the park’s popularity for weekenders but I decided not to include any people to give an abandoned feel. The edges fade to black and white to portray the changing of times. I included a rainbow as a reference to Dalaipi’s rain making spotand both an emu and kangaroo lurking on the sidelines as an ode to Sweeney’s pets.

I invite you to share your own stories, photos and experiences of Sweeney Reserve so we can create a living history of this natural haven for future generations.