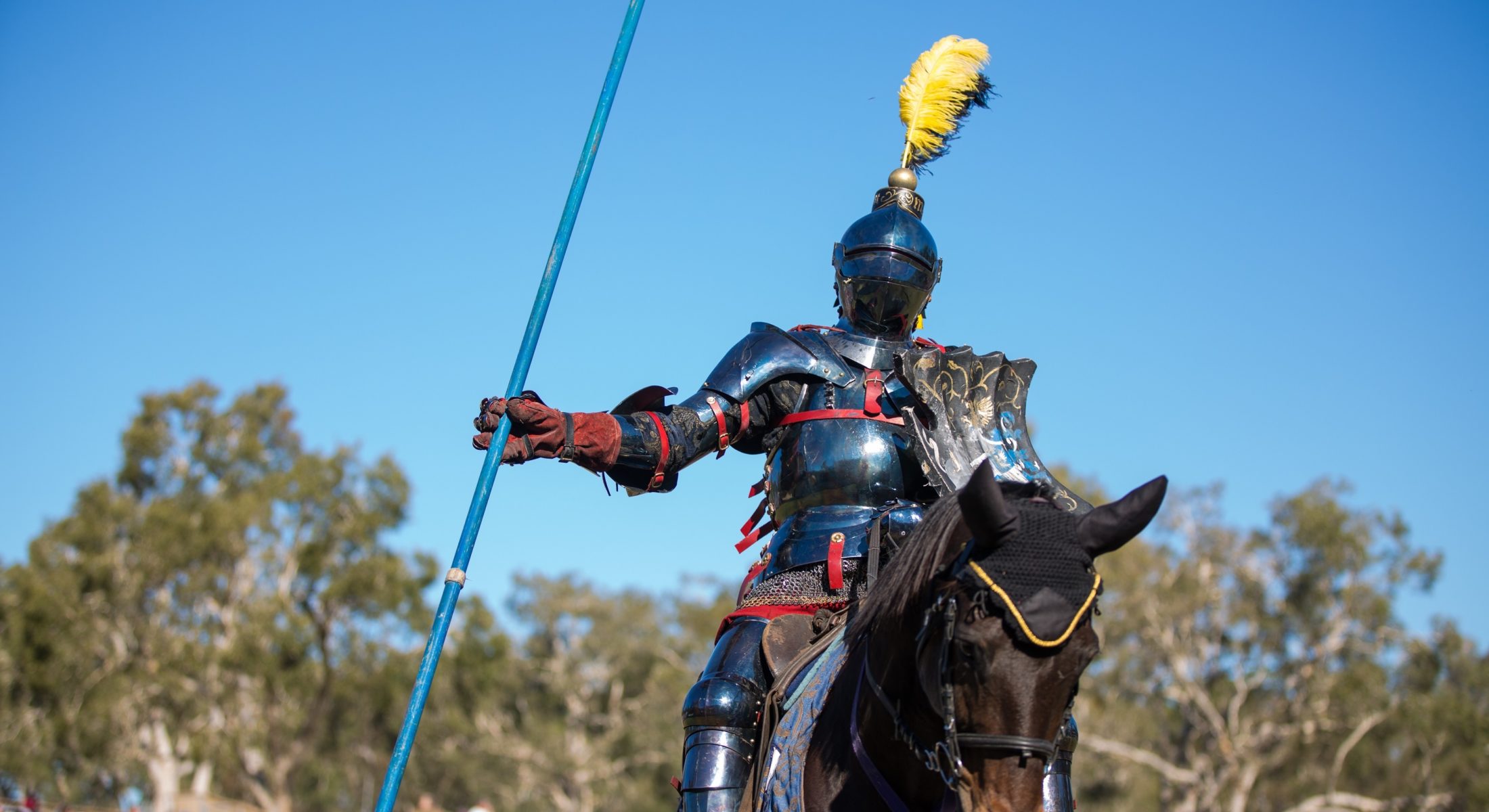 The Jousting Tournament is a highlight of the annual Abbey Medieval Festival, after all, what’s not to love about one of the world’s oldest contact sports, often referred to as an ancient game of ‘chicken’.

Armoured knights mounted atop their faithful steads, thundering across the dirt with lances raised as thousands of spectators await the moment of impact with bated breath – the thunderous clash of metal on metal as the knights collide, each vying for glory, intent on shattering their lance tip upon the other, throwing their opponent from horseback to the roar of the crowd – the drama all distilled down into a single moment. 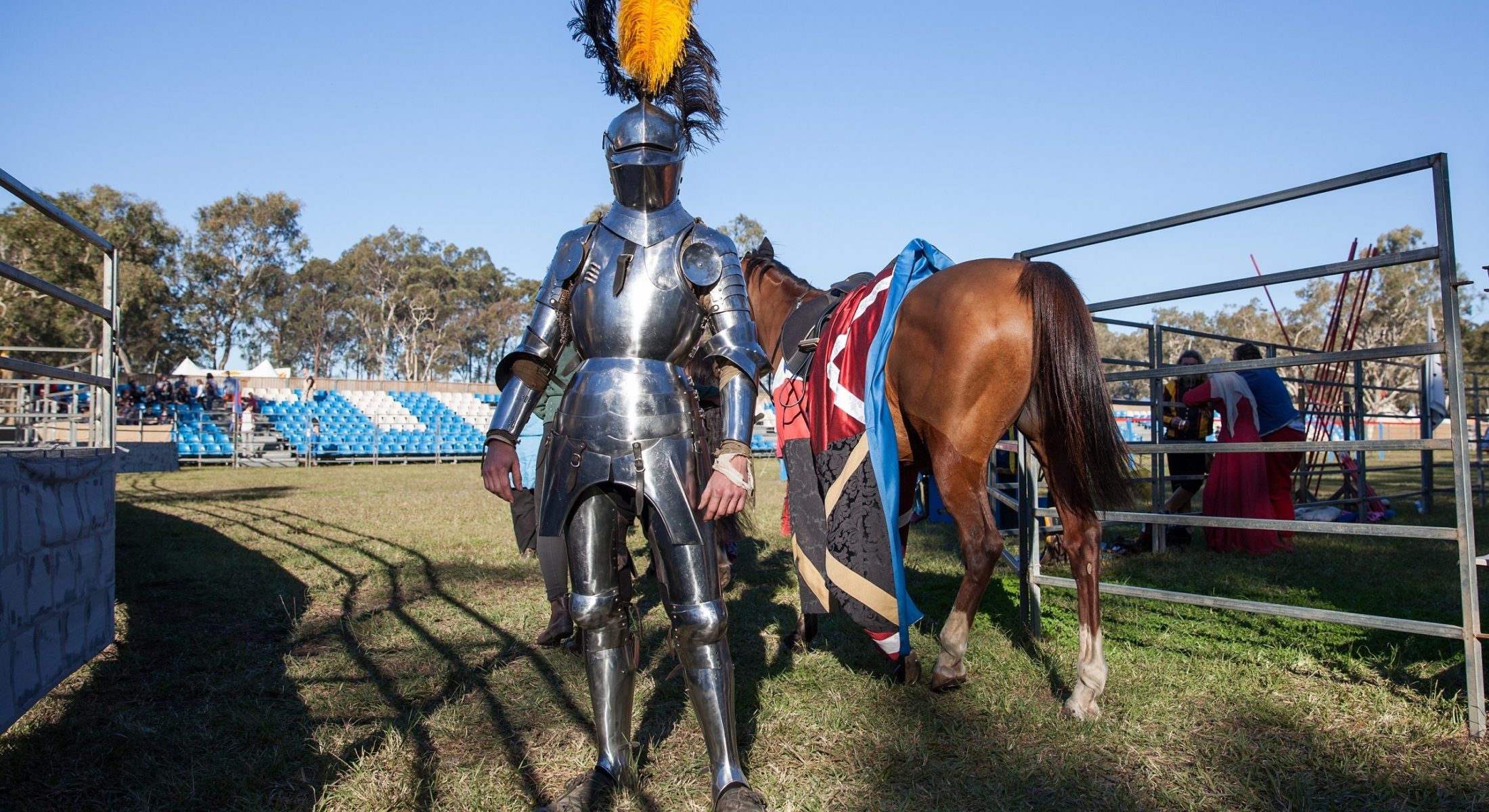 Year after year the Jousting Tournament proves to be a major visitor drawcard for the Abbey Medieval Festival, an event which attracts around 30,000 to 35,000 lieges and ladies in total over festival weekend. But, how well do festival-goers understand the rules of this chivalrous sport?

We’ve come up with a handy guide of jousting rules exclusive to Abbey Medieval Festival, along with some insider information as to what to expect at the festival’s famous major event all courtesy of Justin Holland, a daring Abbey jouster and member of Nova Hollandia who plays a key role in organising Abbey’s annual jousting tournaments. 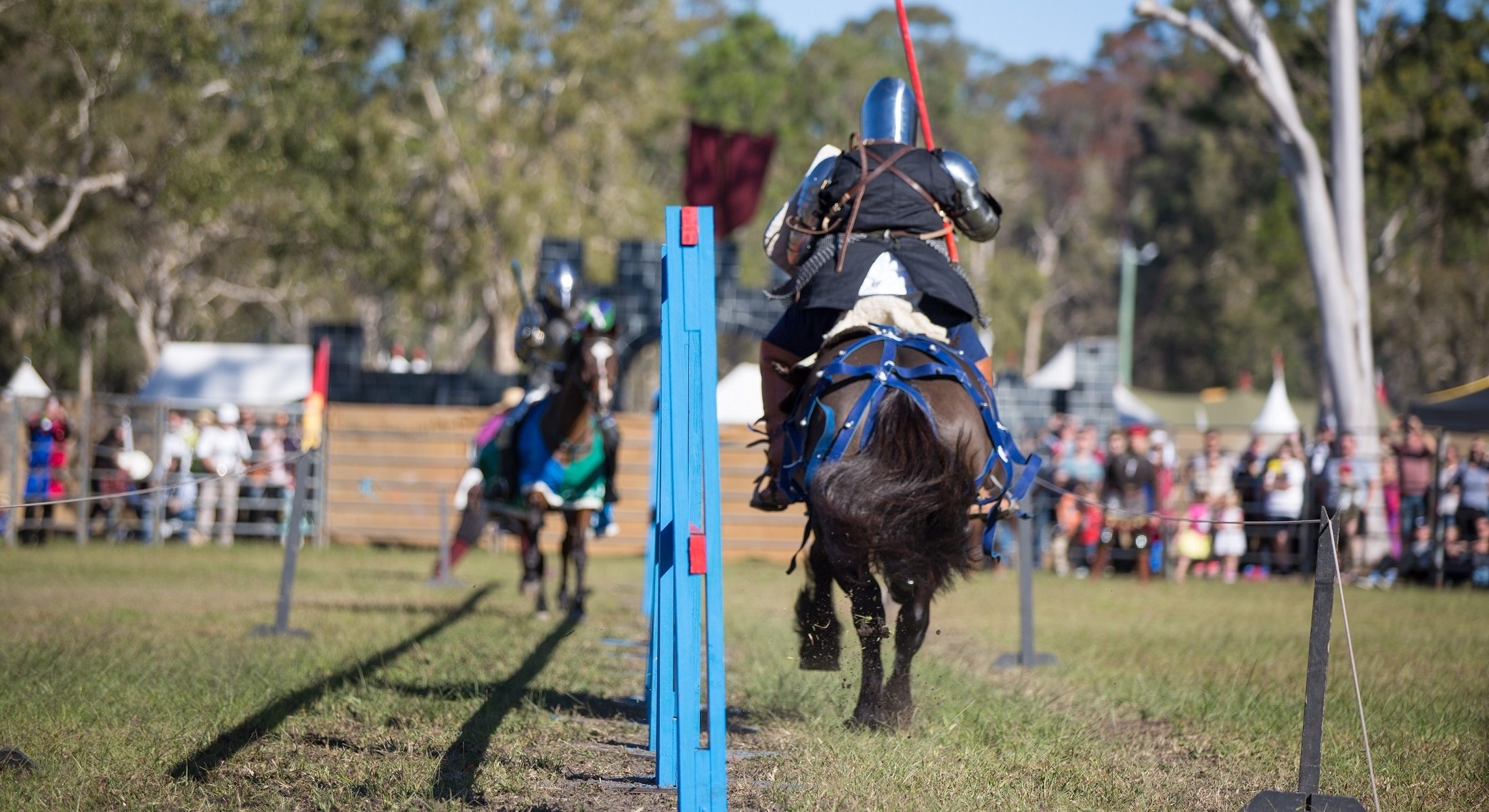 Unlike most modern sports which dictate players must adhere to a set of standard, unwavering rules, part of the charm of this exciting medieval sport is that the rules of jousting change from tournament to tournament. Abbey’s rules are as follows:

#1 Each match consists of 3 passes, also known as runs, called such because the knight must run past their opponent.

#2 The lance tip (called an ‘ataint’) needs to make direct contact with the ‘strike zone’. This zone encompasses the area from the shoulder to the waist. Head strikes are normally rewarded points, but not at Abbey, for safety. Also hits lower than the waist are not rewarded either, and both head and below waist hits may be penalised.

#3 Helmet strikes garner no penalty, but alas, also no points. The reason for the lack of penalty for head hits is that knights wear more armour per square inch around their heads than anywhere else on their body.

#4 If a knight lands a strike within the target zone but the lance does not break, 1 point is awarded. If the lance breaks, 2 points are bestowed. For a shatter/multiple breaks, you score 3 points – basically, it pays to smash up the lance ‘ataint’ as much as possible upon the opponent.

#5 At Abbey Medieval Festival 2019, no points are granted to knights who successfully achieve the ultimate jousting goal – unhorsing the competition. Though every jouster worth their salt will attest the best jousting accomplishment is the deliverance of their rival to the dirt when making a pass, this time-honoured tradition does not receive points at Abbey. However, the crowd does award huge amounts of kudos to both knights – cheering the pass victor for their triumph and applauding the unhorsed knight for their nerves of steel and ability to, quite literally – ‘get back on the horse’.

#6 The Abbey holds an expectation that knights will behave chivalrously on the field, showing politeness and behaving courteously towards their opponent and the throngs of spectators in the stands. This showmanship provides the ‘knightly’ experience festival-goers expect. 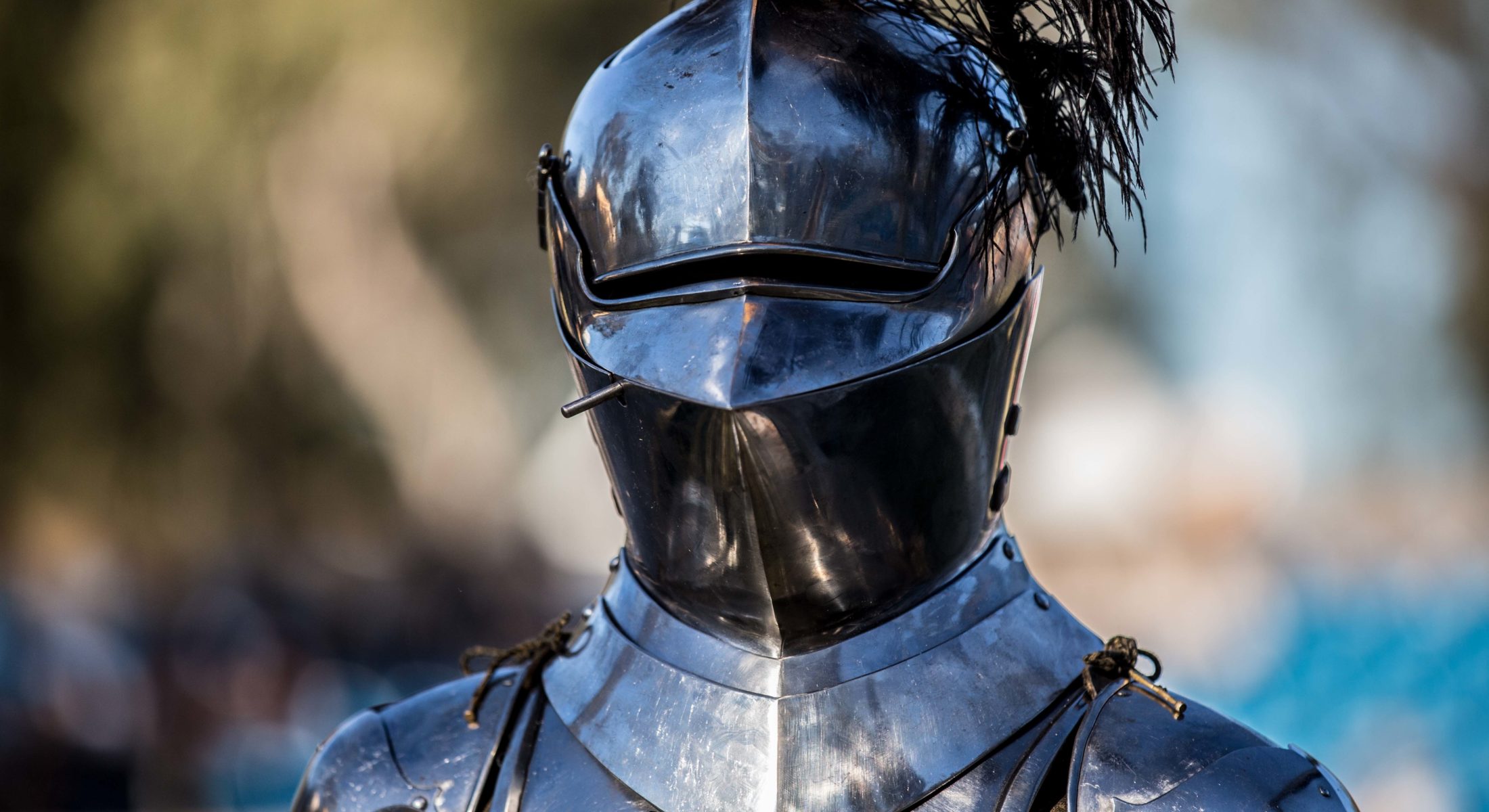 More Merrymaking to be had at Abbey

How handy are you with a needle and thread? Enter the Abbey Medieval Costume Competition.

Can’t get enough of all things medieval? Keep the Abbey fun going after the festival by visiting Abbey Museum of Art & Archaeology.

Want to know what the Abbey team’s future plans are? Discover the realm of Abbeystowe!

Yes, it’s the one and only Lady Amanda Challen! Hear the story from her joust against Sir Tony Hodges at the 2018 Abbey Medieval Festival when she was knocked from her horse NYX. You can cheer on Lady Amanda as she competes to be crowned tournament champion among an international field of world class jousters at this year’s 30th Abbey Medieval Festival! July 13-14, 2019 Visit https://abbeymedievalfestival.com/ for tickets and info! #ABBEYISCOMING Produced by Michael Guarino Edit by Strac Productions Music by Ebunny - Music for Games & Videos Still photos by Peter Barnes #joust #abbeymedievalfestival #brisbaneanyday #queenslandanyday #visitbrisbane #thisisbrisbane #medievalstory #visitmoretonbayregion #thisisqueensland #travelqld #discoverqueensland