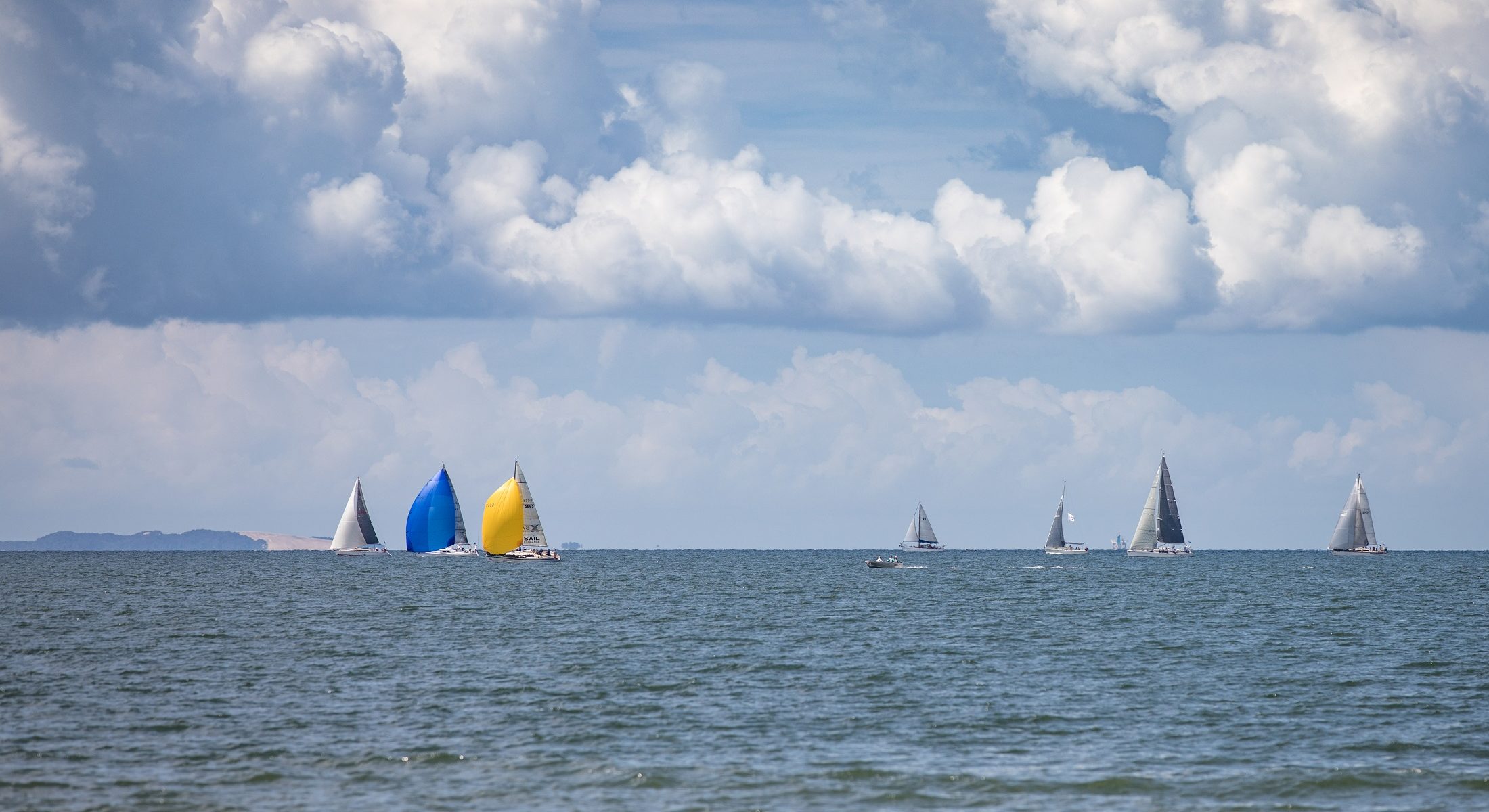 An icon of Queensland and the highest profile Easter Weekend sporting event, the Brisbane to Gladstone Yacht Race is steeped in tradition and history. Setting sail from Redcliffe annually, entrants make their way across 308 nautical miles to Gladstone Harbour, starting on Good Friday. 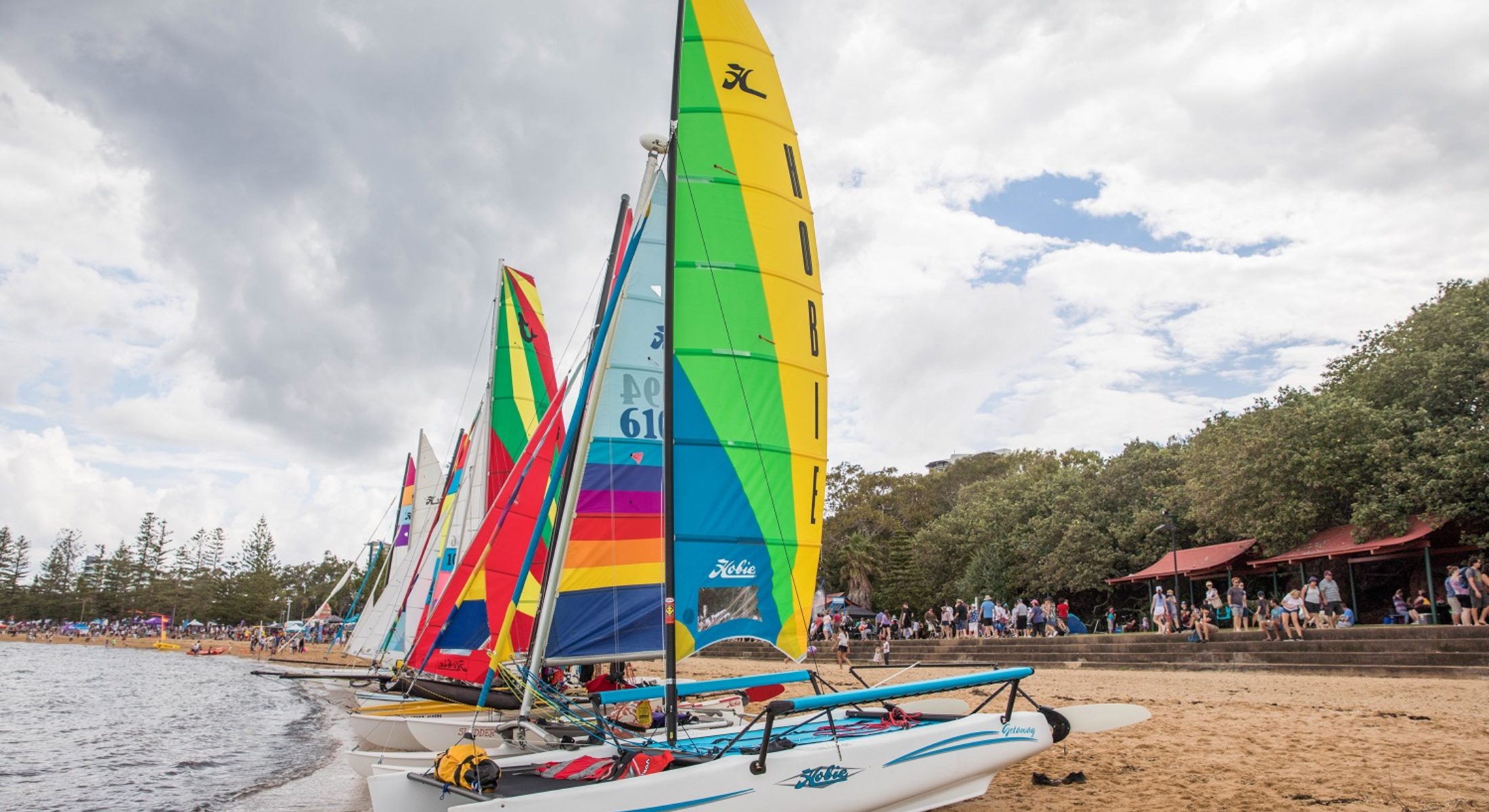 The Queensland Cruising Yacht Club (QCYC) developed in 1948 to organise to inaugural Brisbane to Gladstone Yacht Race (B2GYR). The first race saw seven vessels take off from Redcliffe during Easter 1949, six of which completed the race. During this time, only two yachts carried radios while the others held homing pigeons that were to be released twice a day for position reporting.

Now, entrants gather from across Australia, even seeing many international applications. They compete for the Courier Mail Cup, one of the oldest perpetual trophies in Australia that has been competed for on a continual basis. 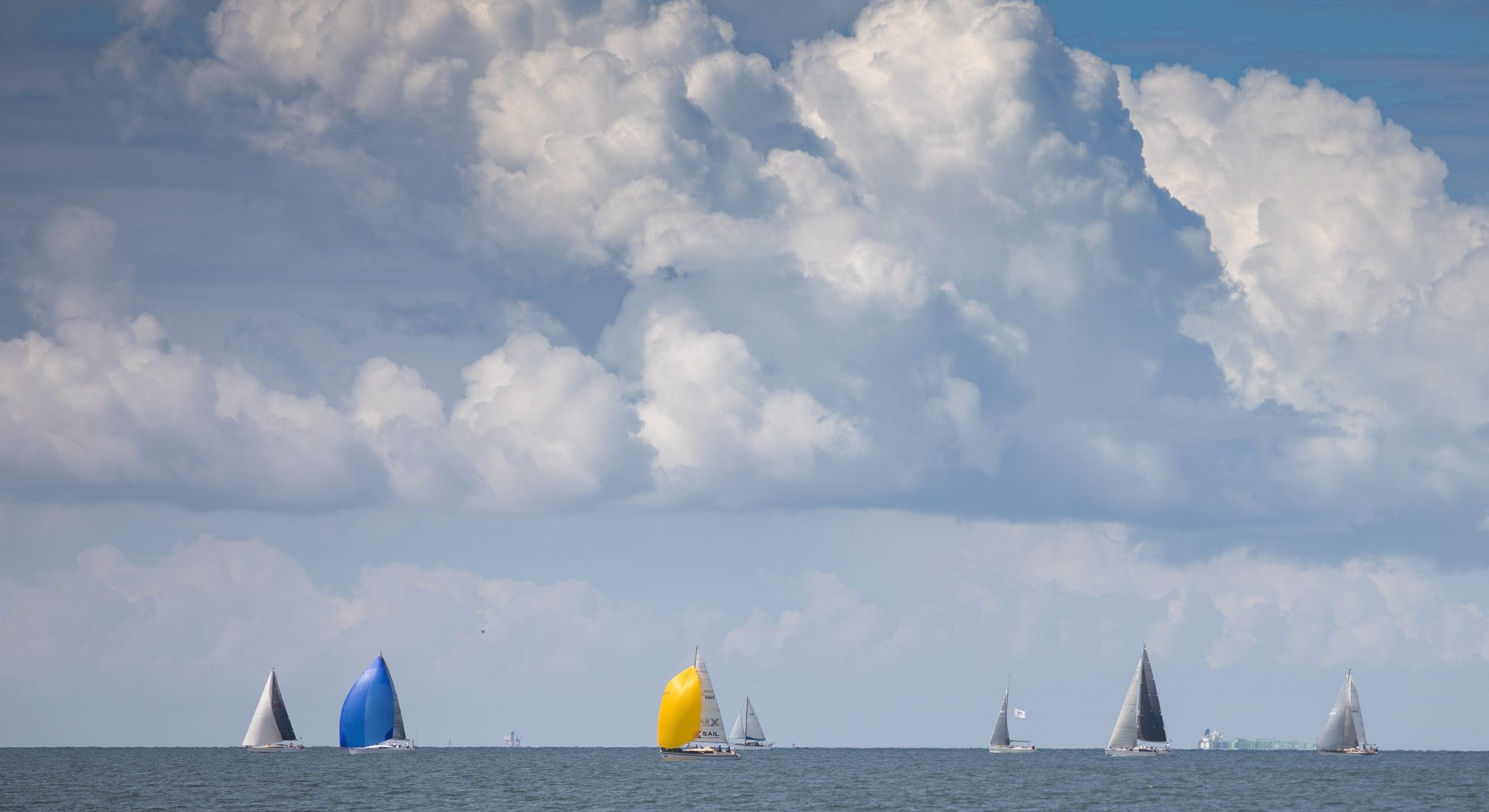 Since its beginnings in 1949, the Brisbane to Gladstone Yacht Race has gone through many changes. The first person to finish the race was Doug Perrins on the bow of Hoana with an elapsed time of 47 hrs 08mins 25secs which stood until 1955.

In its second year, the B2GYR saw 20 yachts enter the race with the first women to compete. In 1955, the starting line was transferred from Woody Point to Sandgate.

In 1959, fifteen yachts battled through heavy conditions, resulting in a collision that saw an entrant run aground on the northern end of Bribie Island. There were no injuries and the yacht was re-floated, however, only four boats managed to finish the race.

Bad weather hit again in 1972 with Cyclone Emily forcing 20 out of 25 yachts to retire. Winds reached up to 96 knots and the five that finished the race hailed from New South Wales and Victoria.

The Golden Anniversary Race saw a record-breaking 196 keel yachts participate, adding up to 1356 men, women and children who set sail including four sailors from the inaugural race. 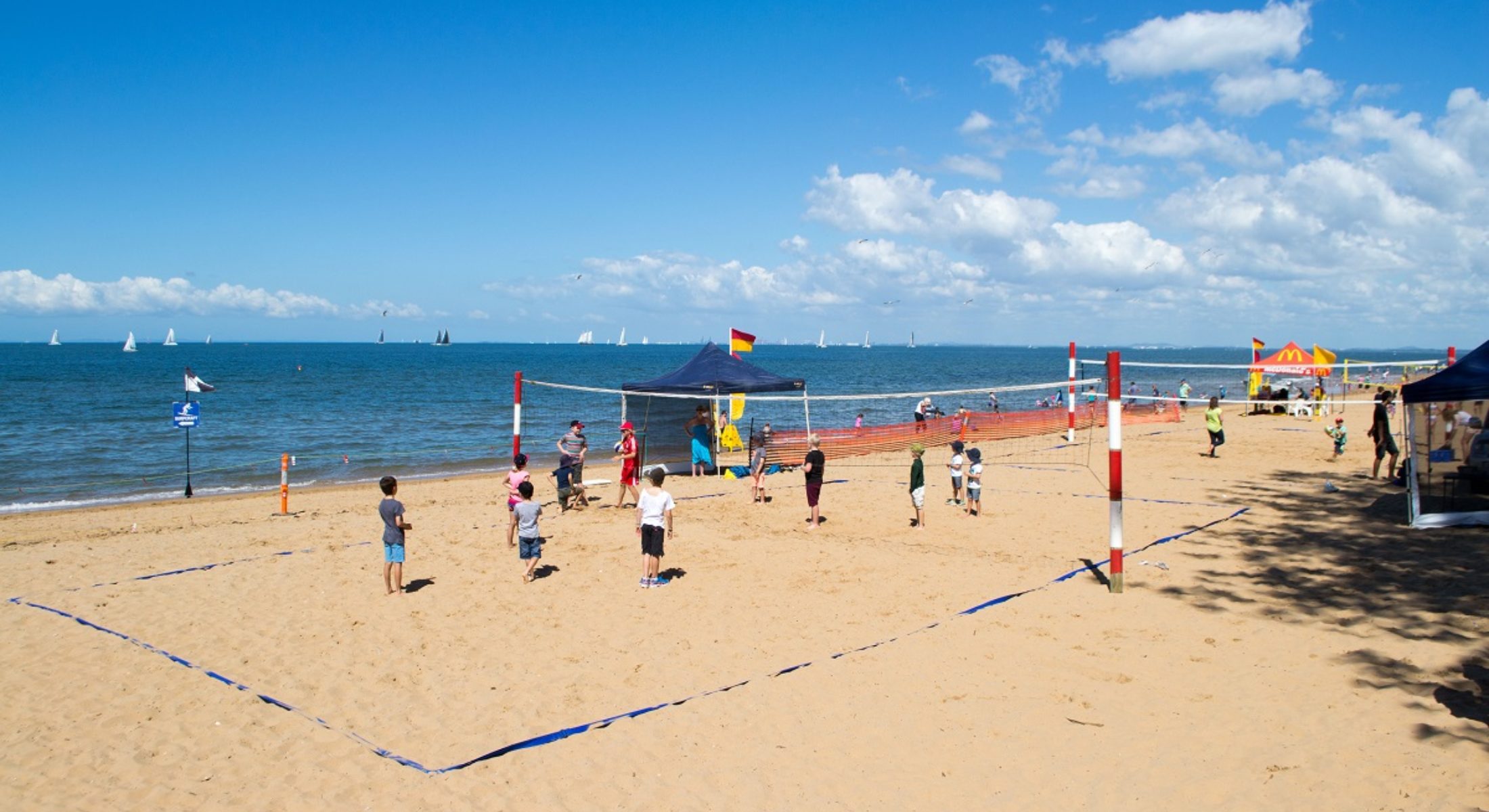 Watch the Yachts from Redcliffe Festival of Sails

Welcoming the largest program of entertainment ever, come and see why thousands of visitors’ flock to Suttons Beach each year to join in the fun at Redcliffe Festival of Sails. Enjoy the best waterfront views of the Brisbane to Gladstone Yacht Race while having some fun on the seaside.

On Friday, 19 April families can enjoy a whole day of Easter-themed free entertainment and activities from 9am-4pm. Kids will love the free workshops and activities, Easter egg hunt, rides and amusements, and our famous sky-diving Easter Bunny. Mum and dad can roam through the hundreds of market stalls and enjoy live music and entertainment from three stages.

Come be a part of history and get in some bonding time with the fam at Redcliffe Festival of Sails this Easter! 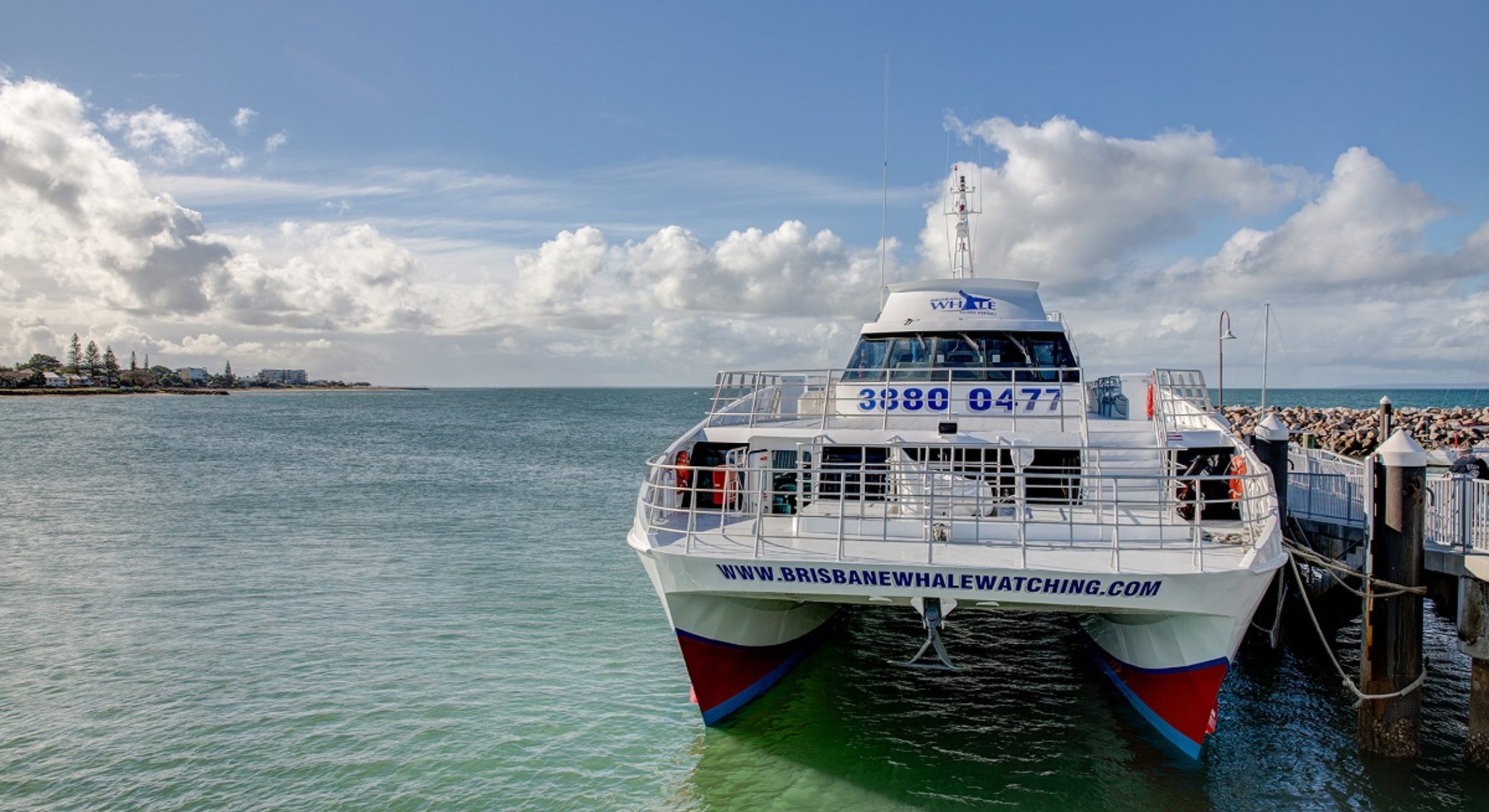 Get Up Close to the Race with Brisbane Whale Watching

Secure a front row seat to the 71st anniversary of the Brisbane to Gladstone Yacht Race when you cruise aboard the luxury catamaran, Eye Spy, thanks to Brisbane Whale Watching. Situate yourself on one of three viewing platforms to watch the competitiveness of the yacht racers sailing through Redcliffe. Fest of a butter lunch include Tiger Prawns, chicken and ham, washed down with cold drink thanks to the onboard bar.

Choose your viewing destination wisely – you won’t see them for too long!

The Rustic Olive Italian Kitchen is an award-winning Italian restaurant residing on the Redcliffe waterfront...Read More

Things to do in Redcliffe and Bayside Region

Want a relaxing day out beside the sea? Come and visit the Redcliffe and Bayside...Read More