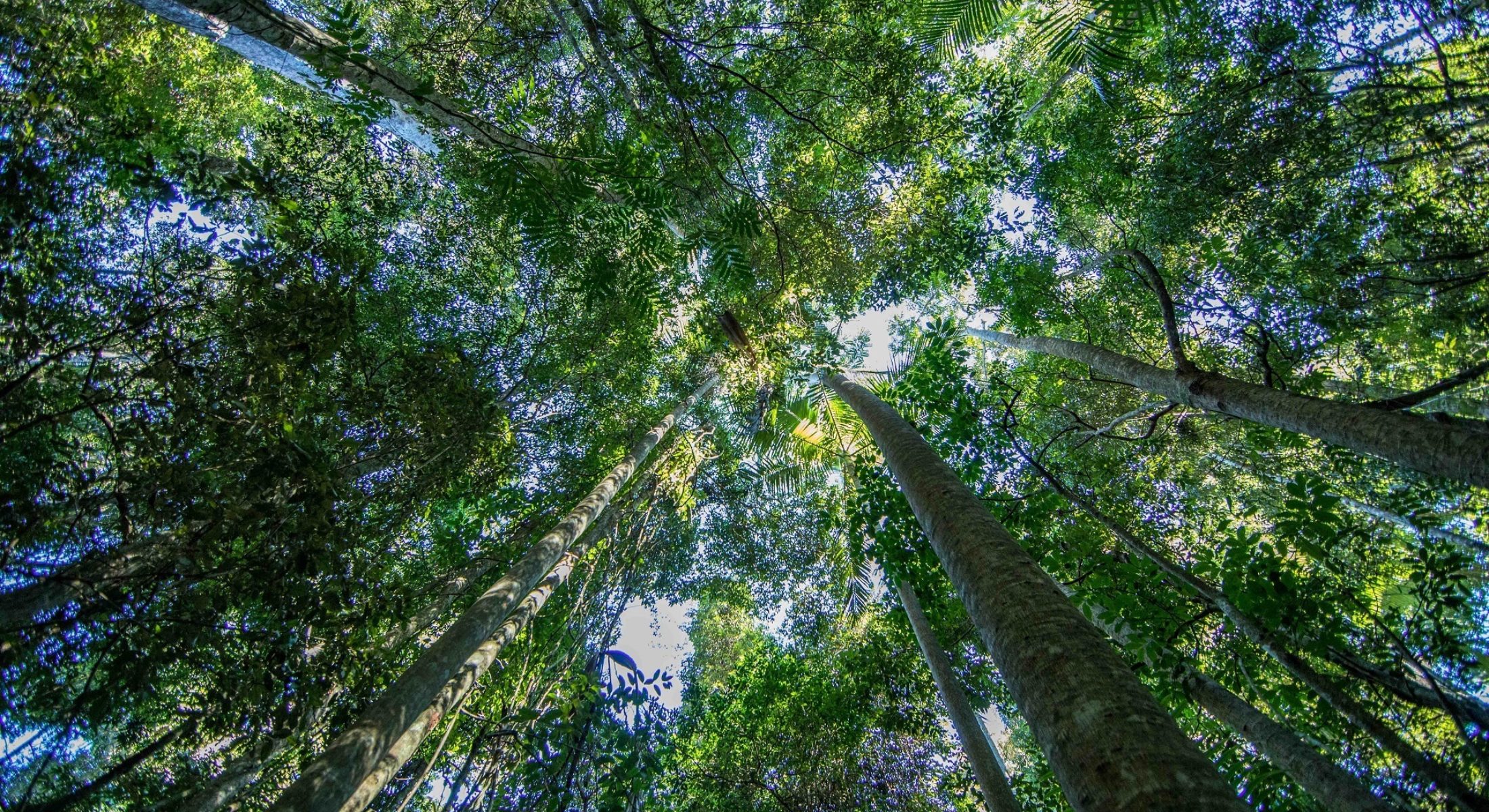 Although closer to Brisbane than most other areas in the Pine Rivers Shire, the secluded Samford valleys of the upper reaches of the South Pine River were not settled until the mid-1850s.

Archibald Young's application to lease land in the area to run cattle was accepted on 24 February 1854, but some evidence suggests that he had 'squatted' on the land from at least the middle of the previous year. From 1847, all runs in the settled districts were surveyed and mapped by way of numbered sections, each containing a minimum of one square mile of land. Young's successful tender was for 21 sections of land containing a total of 14,800 acres, close to 23 square miles. This pastoral lease, which became known as the Samford Run, changed ownership many times and gradually diminished in size throughout the 19th century. For a short time thereafter, only the three large runs of Whiteside, Samsonvale and Samford covered the bulk of the area now encompassed by the Pine Rivers Shire. 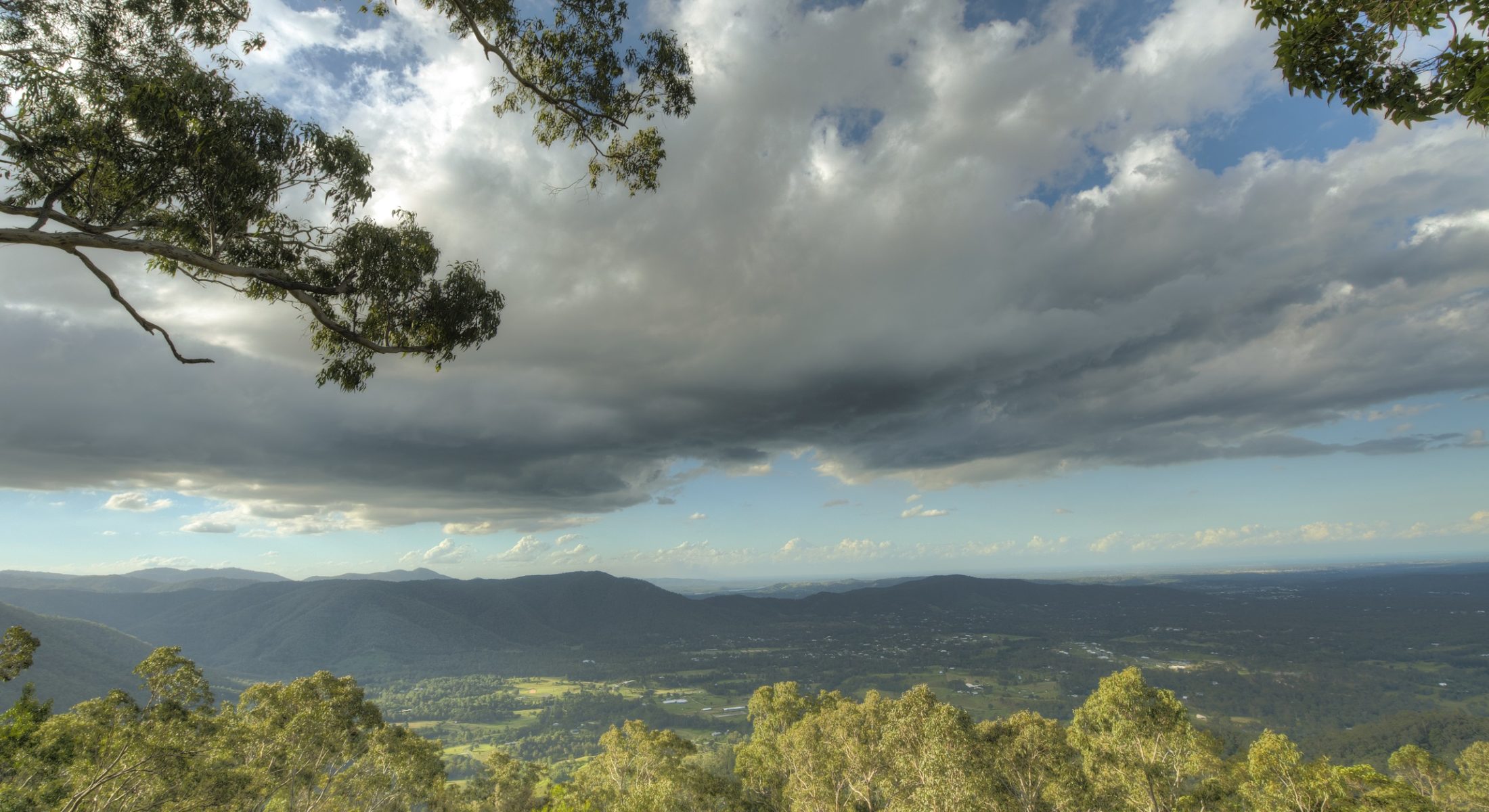 After 1861, the Samford Run changed hands several times within a few years, first going to Clarence H. Ball, then to a partnership of two former army officers, Captain Townley and Lieutenant Williams, then to George Harris, a stock and station merchant of Brisbane, and then back to Townley. William Townley, with his wife and family, made his home there until 1868 when he became the Gold Commissioner and Magistrate at Jimna and later a distinguished public servant in Brisbane.

From 8 March 1865, when the first sale of 49 country farm allotments in the Parish of Samford took place, the provisions of a number of Crown Lands Acts facilitated closer settlement in the area and the size of the Samford Run was reduced so that these smaller parcels of land could be taken up by individual settlers. At first, these farm allotments sold very slowly, but the process of land settlement accelerated after the passing of the 1868 Crown Lands Alienation Act. 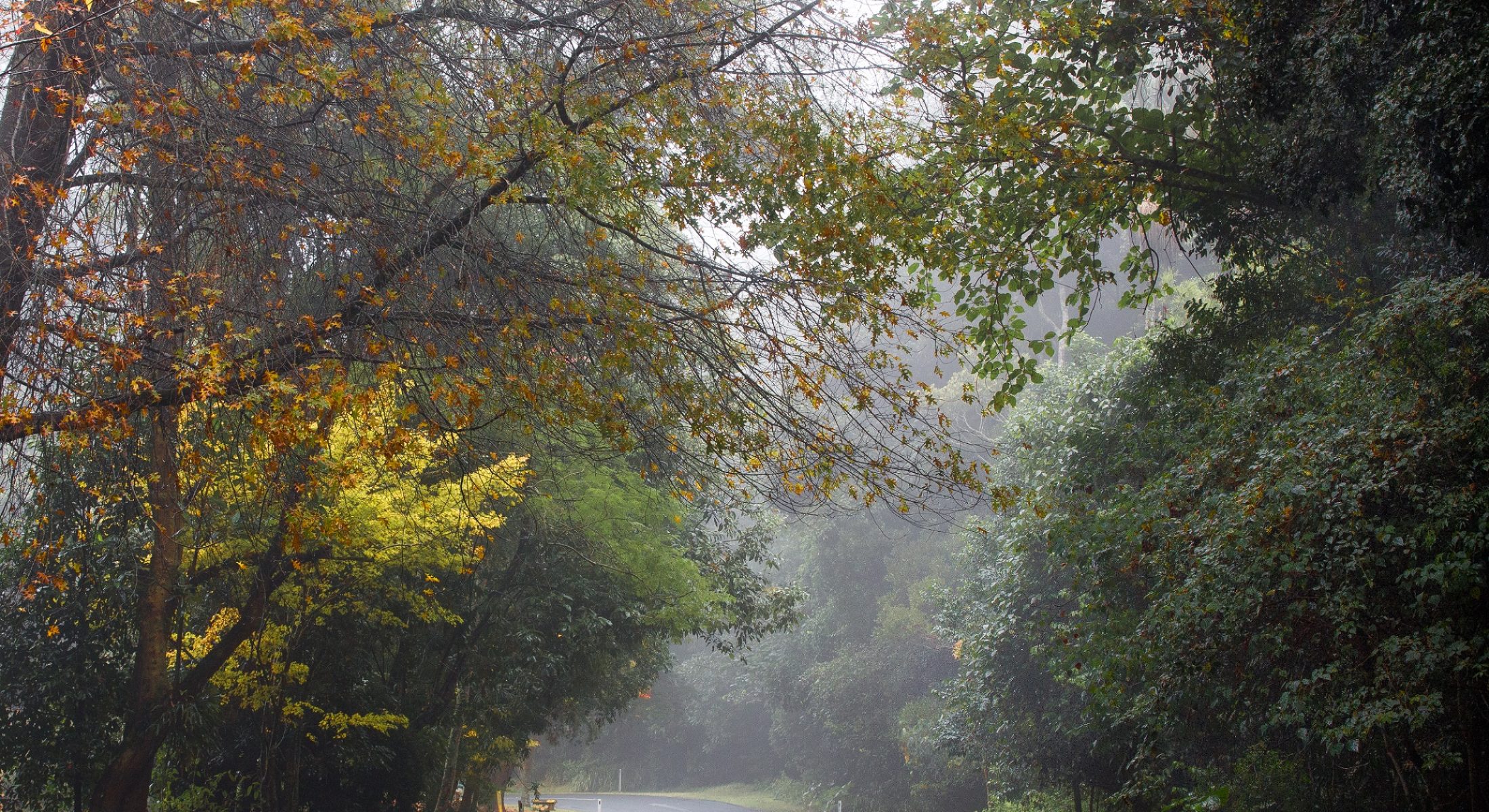 In 1877, what remained of the Samford cattle station was taken over by John Delaney Bergin, a pioneer settler who had already acquired large land holdings in the Bunya district. Bergin's name has been commemorated by Bergin Creek and by the road of that name. The historic Samford pastoral property has given its name to SamfordVillage, the Samford Valleyand Samford Road.

The area was thickly forested with pine scrub which provided a rich source of Hoop Pine and some Red Cedar. Gradually, farmers cleared their land, grew small crops and commenced dairying.

There was no Samford Village in existence prior to the development of the Dayboro Branch (Ferny Grove to Dayboro) Railway.

The construction of the Samford Railway Station, in what is now John Scott Park, provided the incentive for a number of scattered businesses to relocate nearby to form the commercial centre. Buildings began to appear in Main Street in 1916, the first being a shop and bakehouse built by Alex Lawson 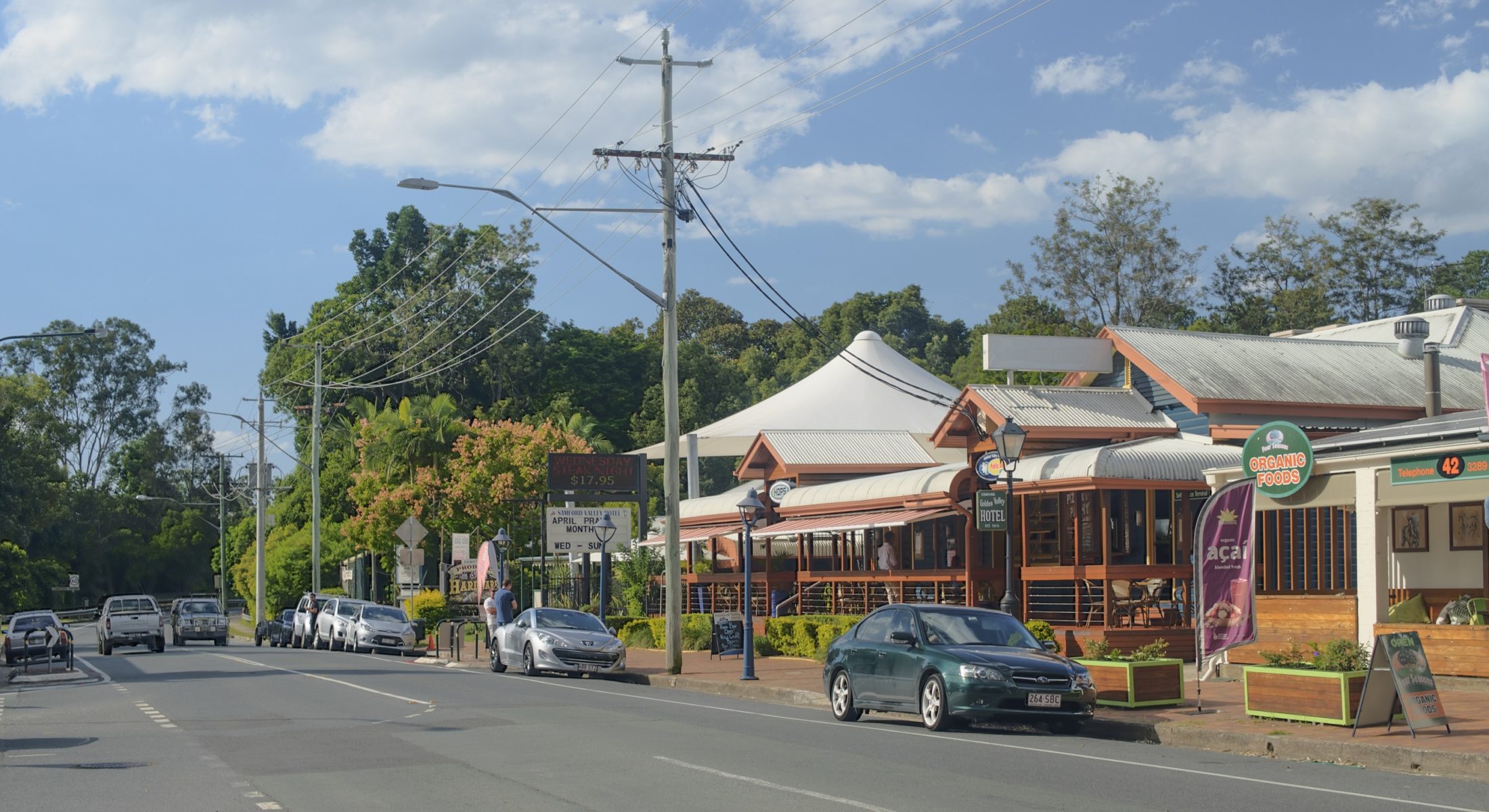 In 1919, the year after the Railway Station opened, Jim O'Hara shifted the hotel, then known as O'Hara's Hotel or the Samford Hotel, to its present location from the site later occupied by the CSIRO laboratories. The structure was moved in three sections by bullock teams.

In the late 1950s, this hotel again changed its name from the Samford Railway Hotel to the Golden Valley Hotel. The Post Office, which had been operated by the Fitzgerald family in a store opposite the Catholic Church, also moved to the new town centre in the middle of 1919. 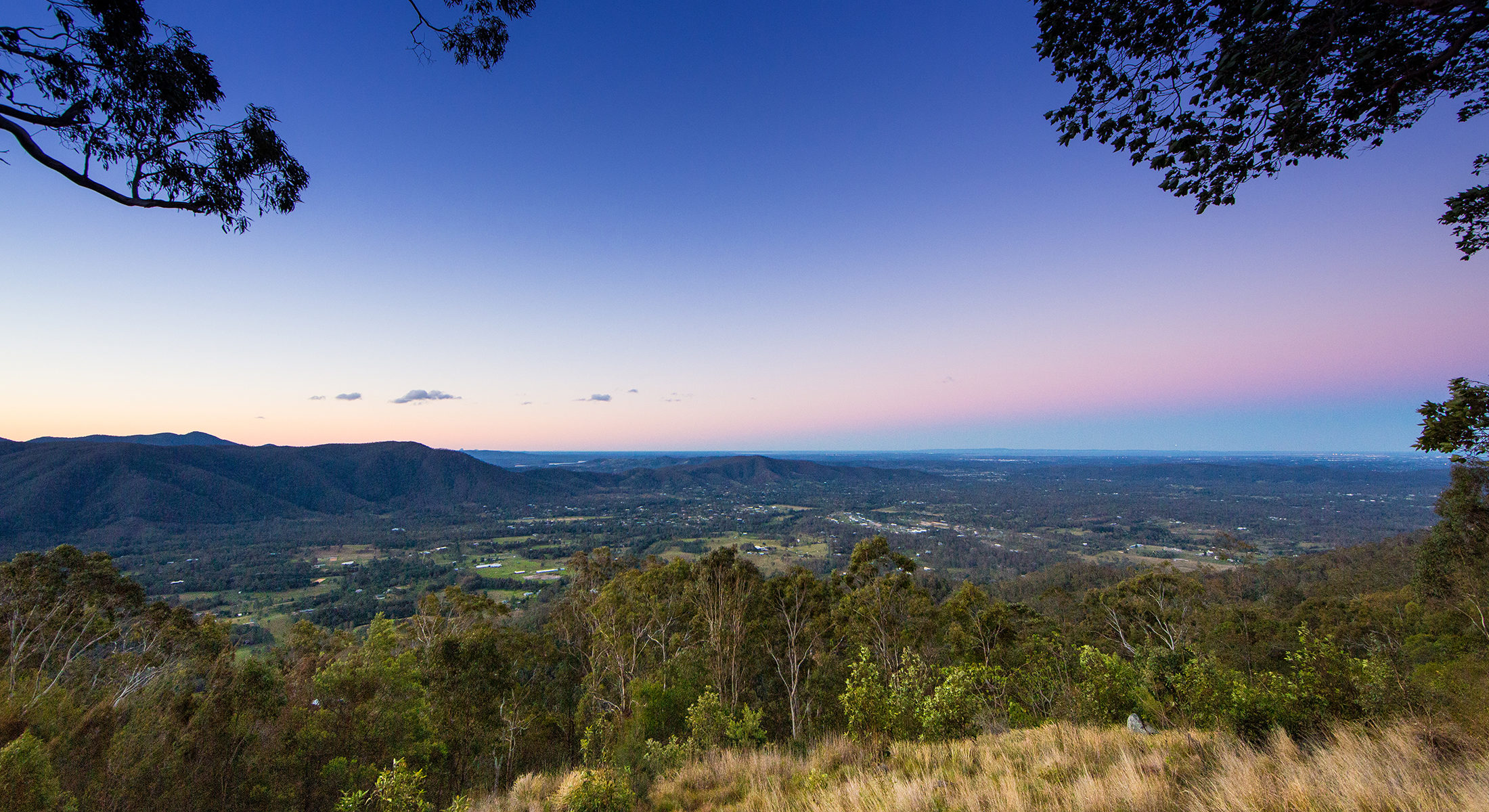 By 1908, banana growing on the steep ridges at the foot of the ranges had become one of the most important industries in the Samford district. After World War I, the Government created additional small farms so that returned servicemen with limited capital were able to get started in the industry. During 1926 and 1927, more bananas were consigned to southern markets from Samford Railway Station than any other railway station in Queensland. This success was short-lived, however, as a virus which had wiped out banana growing in the Northern Rivers region of New South Wales, 'Bunchy Top' disease, finally affected the crop and was the primary reason for the decline of the industry in the Pine Rivers Shire.

After the subdivision of farms into acreage homesites commenced in the 1960s, Samford became a desirable rural residential address and hundreds of residents now commute from their homes to work in Brisbane. Only a small number of fully functioning farming properties still remain in the district.

For the latest tourist information go to:

For animal-centric things to do in Samford surrounds great for children and adults alike, visit...Read More